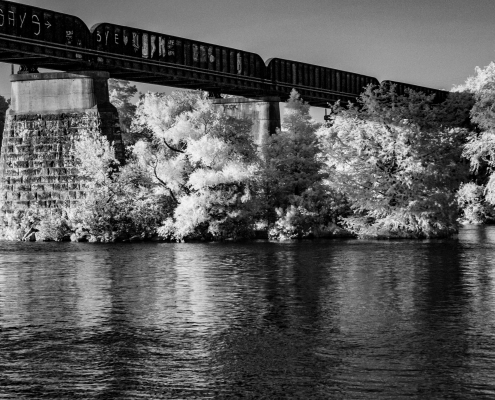 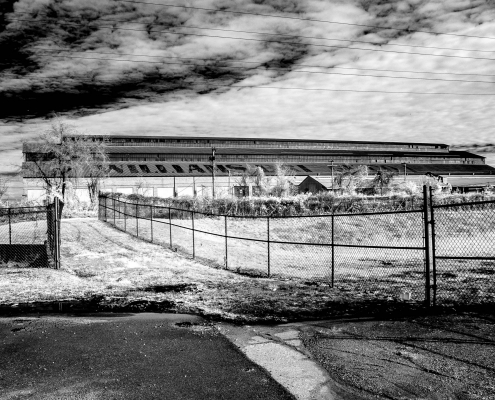 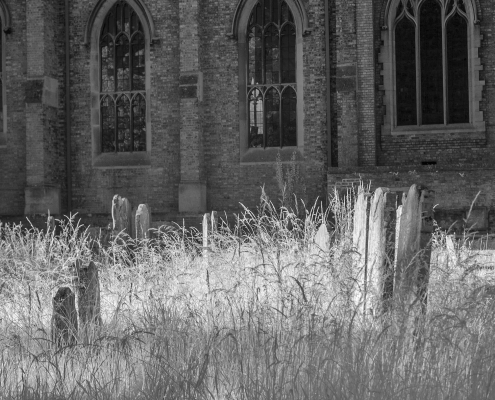 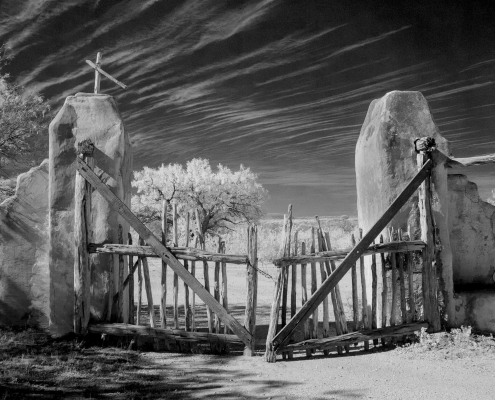 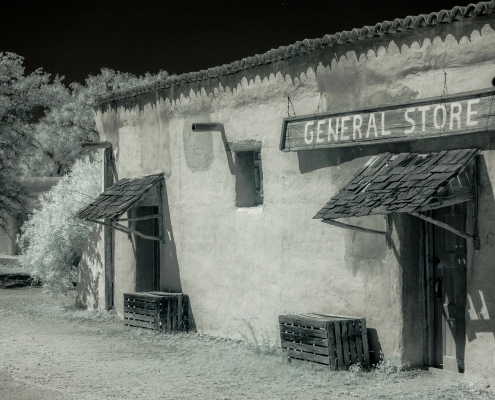 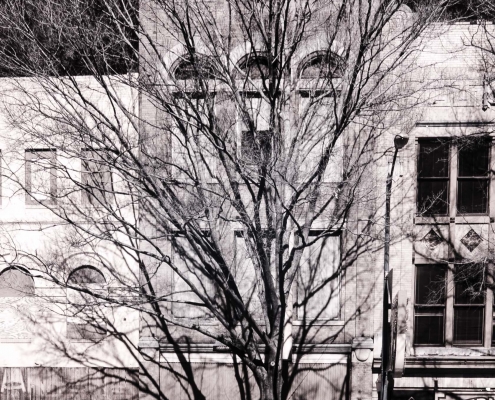 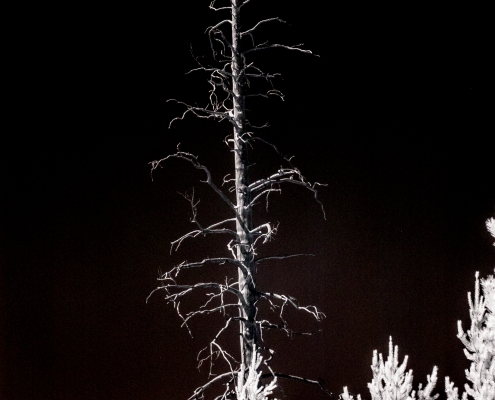 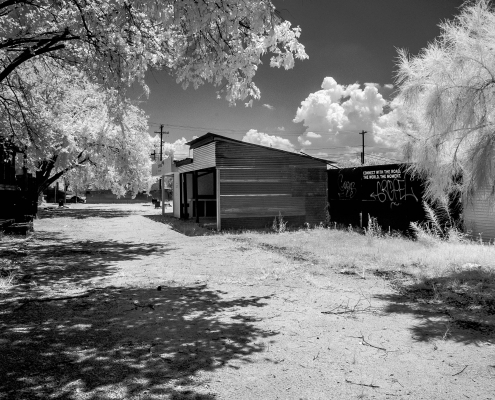 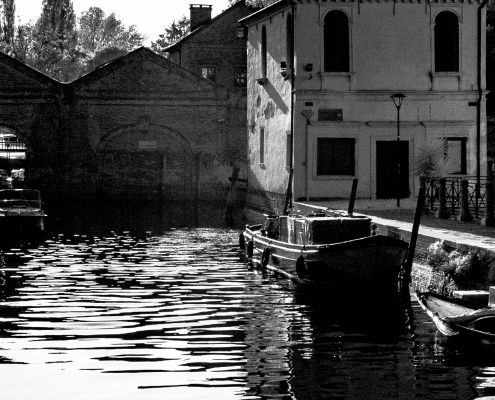 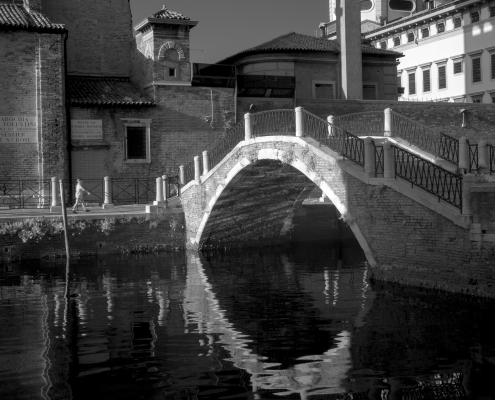 Some recent captures and work in the digital dark room. Be sure to click in to see them in a larger size

The Infrared Image: what makes infrared interesting are the dream like qualities achieved because of the high contrast blacks and whites, such as the deep black sky and water and bright white foliage and clouds as they reflect the Infrared light. In color infrared the false colors result in a equally surreal and dreamy effect. 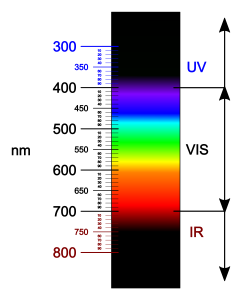 Technical considerations for IR Photography: what makes infrared photography both interesting and challenging is that the near infrared light wavelengths (about 700nm to 900nm) are invisible to the eye, meaning that they are also invisible to the camera light meter. This also impacts focus and the image composition.  Without practice you can never be sure how the image is going to come out in terms exposure.  This also can impact the elements of the composition itself because how the elements of the composition interact with Infrared light on any particular day can be a tad unpredictable.  In using Infrared film, it required bracketing every shot and with practice both the exposure and image composition become more predictable.  Also worth noting that that sometimes the film negatives are going to be a little thin and require additional dark room attention. 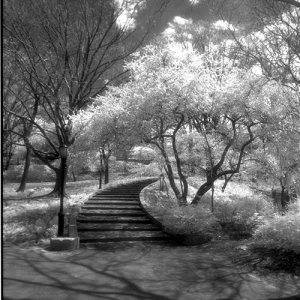 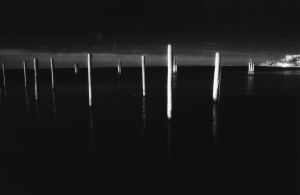 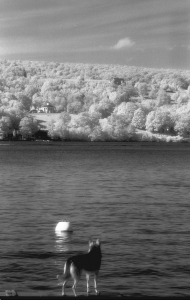 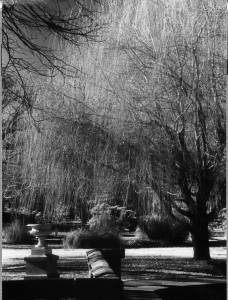 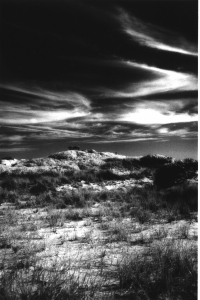 Infrared Film: I began shooting the famous and wonderful Kodak High Speed Infrared (HIE) Black and White film (sadly, now discontinued). It featured a beautiful halation effect and glow, largely because of the absence of an anti-halation layer on the back side of Kodak HIE film. The film was susceptible to scratching in post production so negatives had to be handled carefully. The film was was also a tad grainy. It required loading and unloading the film in complete darkness. A piece of black electrical tape over the little film window in the back of the camera to prevent even a tad of light leaking into the camera which would ruin the film. I pushed the film to asa 1500 and used a deep red filter.  Today, Rollei, Efke and Maco and Ilford sell Infrared film. The emulsions do not quite match the Kodak HIE film. If you want more detailed pointers for shooting infrared film check out this link to an Infrared Photography simple guide. 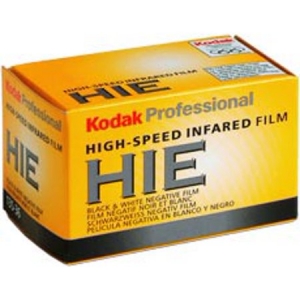 The Digital Era and Infrared
With the advent of the digital era and digital cameras came several issues for infrared photographs.

1. First, digital cameras manufacturers had to completely filter out infrared light because it caused a lot of noise. Therefore camera sensors had no capacity to access infrared light.

2. Second, to get around the camera sensor issue, you could use an infrared filter on the lens. However, given its opacity, you must focus before not focus or see through. Therefore, you had to set up the shot on a tripod, then screw on the filter and then take a significantly long exposure. That limited my desire to walk around and shoot from the hand.

3. Third, Lightroom and Photoshop had some work arounds (for example color channel swaps and/or infrared filters or actions). I thought they all did a poor job of approximating what I could get on film.

The Infrared Camera Conversion: So I was late to the digital until I found LifePixel. They, and now another company,Kolarivision, will convert the sensors in a digital camera, so that the camera can record the infrared light as opposed to having it all blocked out. Both companies offer several different kinds of infrared filters attuned to different colors and infrared wavelengths, as you can see here: 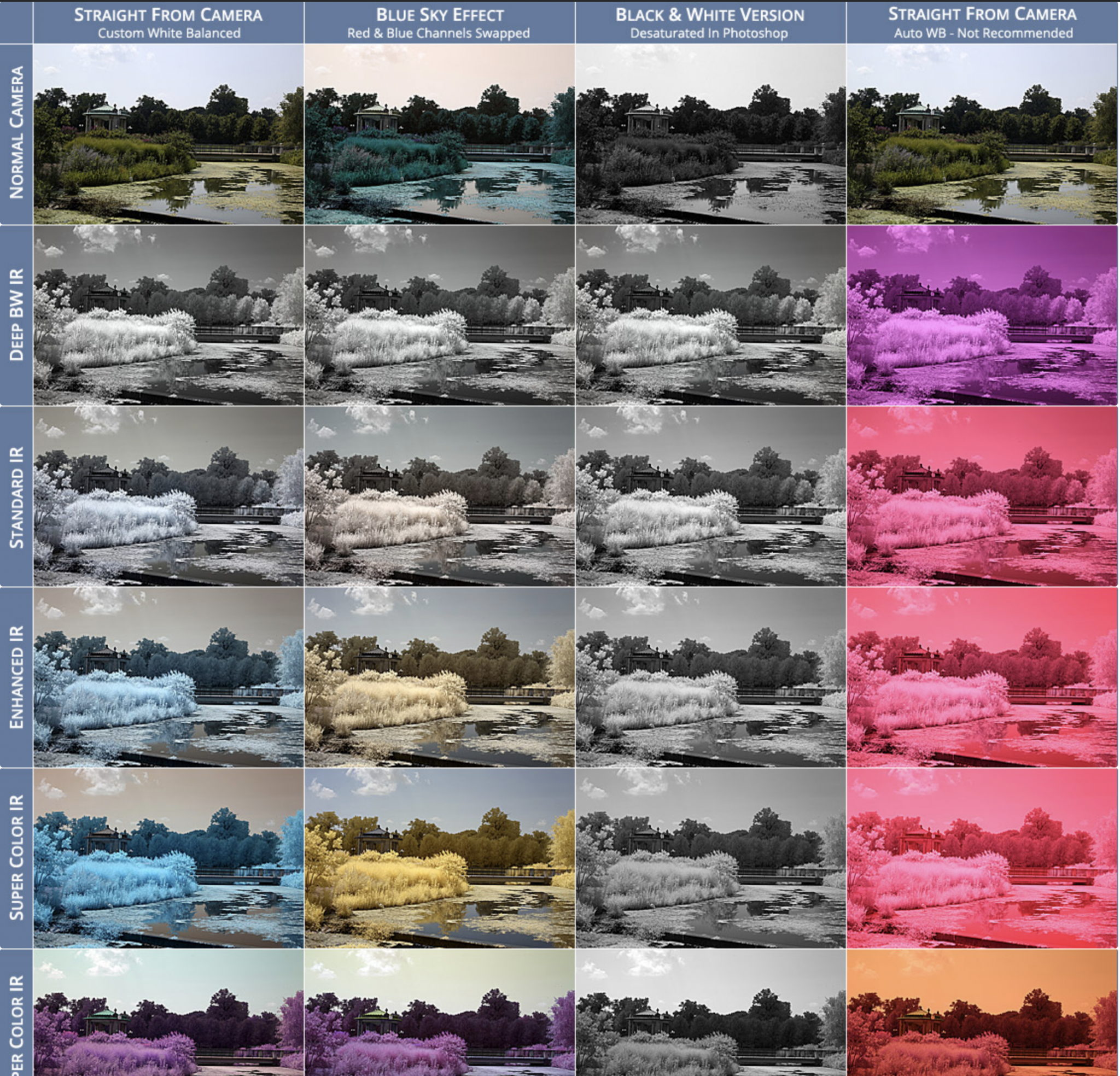 Source: Some of the Infrared Filters From Lifepixel

I was excited to begin the new digital infrared adventure when I got my digital camera converted by LifePixel. This did more closely approximate film. I no longer needed to load and unload in darkness. I could shoot on the go and in hand-held mode rather than setting up a tripod with a very opaque filter. I could see the image and histogram immediately after taking one shot and adjust accordingly, rather than wait and wonder how the film had reacted that day to my exposure guesses. I could process and print my own work.

For Photographers: If you go the converted camera camera route, understand that converted camera can only shoot infrared. Digital infrared photos also require paying careful attention to white balance. Some lenses are better than others for focusing. I also find that the digital darkroom processing works best with a unique camera profile. You might also find these resources helpful

This is just a quick overview. Don’t hesitate to reach out if you have other questions or want additional details. 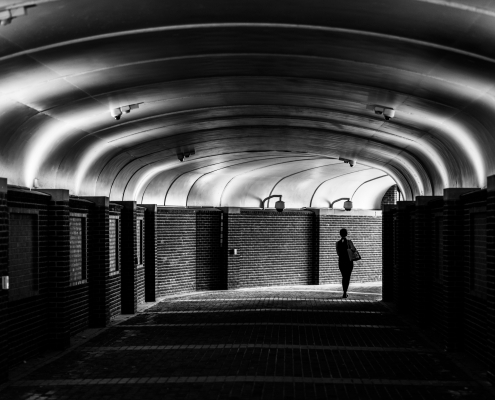 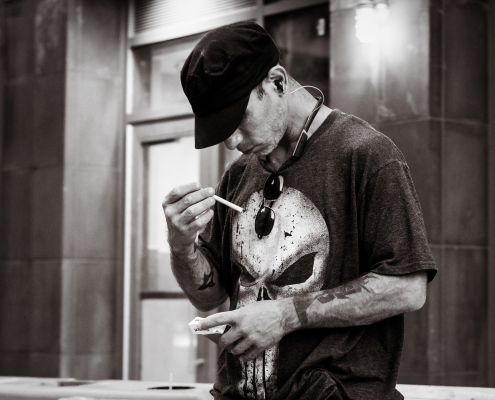 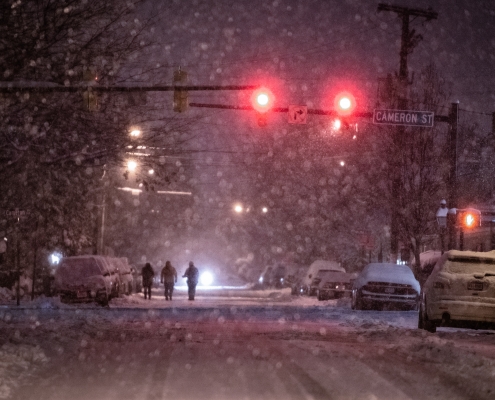 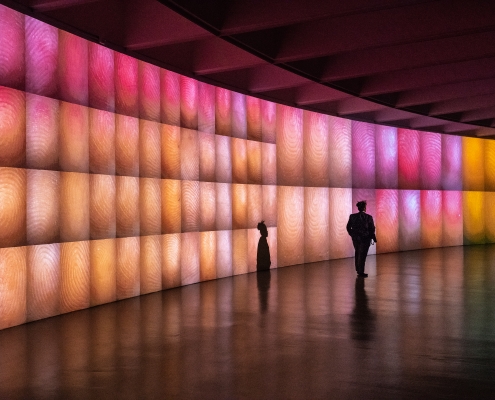 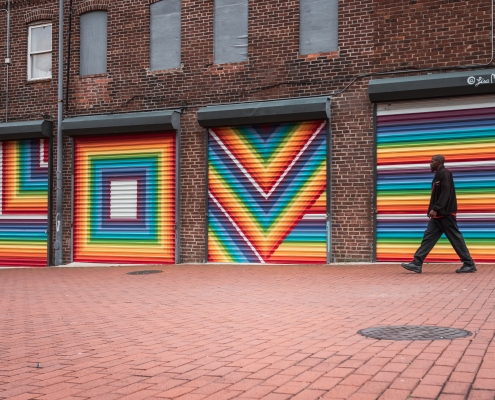 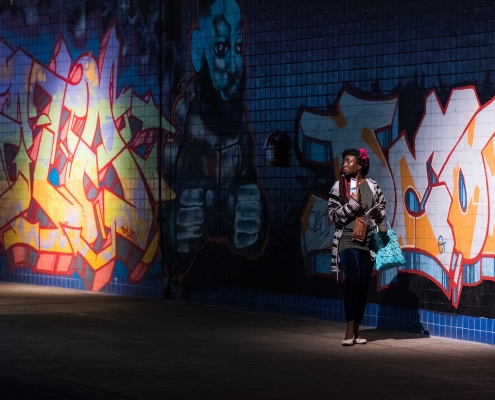 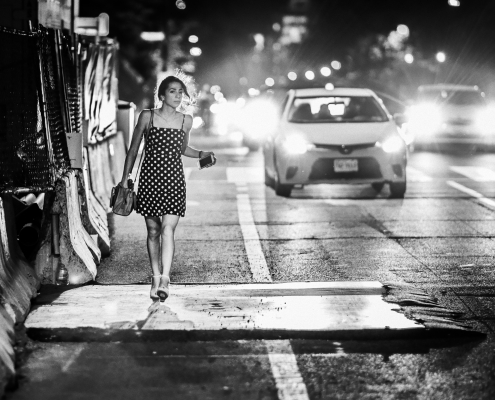 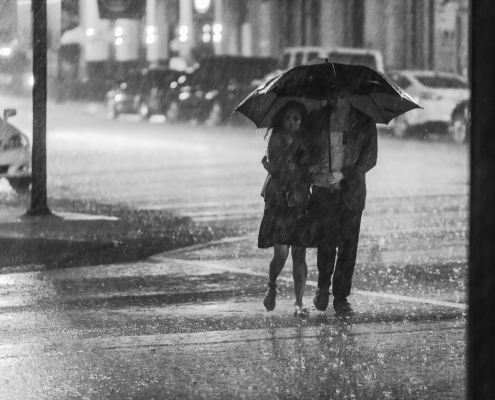 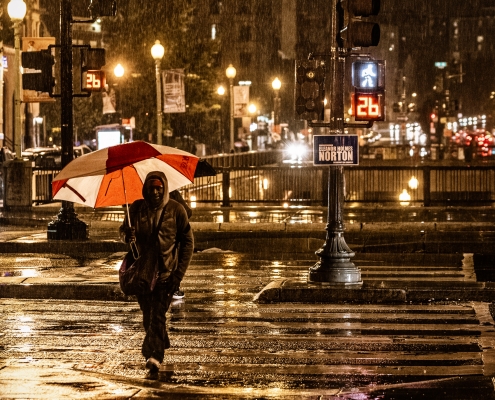 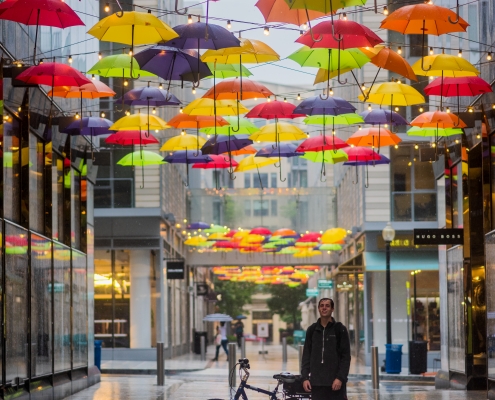 Photographer Showcase Introduction: In addition to my own photography, I also enjoy photography by others.  Over the coming months I want to share work by photography friends.

Meet Geoff Livingston Photography:  Geoff and I got to know each other in the early days of social media and business.  We then discovered we both enjoyed photography and our friendship began to meld.  Then I moved to Virginia. Geoff is in DC…and our time together became more frequent and more photographic.  While I often go shooting alone, Geoff and I have gone shooting together in the Blue Ridge mountains, at the Appomattox court house where the civil war came to an end, in DC for Pride festival and cherry blossoms.  We always have a blast shooting together and talking about our imagery, projects and gear…as well as about life.  He taught me how to shoot at night and I tagged along on one his photography workshops on street photography.  He is a generous teacher and a good friend.

On Geoff’s Photography: Geoff covers a broad swath of photographic genres including event photography, photojournalism, portraits, engagement shoots, and fine art photography.  Most recently I was excited to follow along as he documented the government shutdown and its impact on people in DC.  He also has a running photo series about the Trump resistance.  His documentary photography has a voice and is all about change in the world.  His landscapes represent serenity and peace…he bridges both the chaos and beauty in ways that make you want to look more. You can check out his site here.  Hope you enjoy these photos from his “Isolation” project.

Be sure to click on the image for the story behind each…And here is Geoff’s commentary:

It is with great pleasure that I am publishing a new series of isolation street photographs with Binhammer Photographs. These are arguably my best 10 isolation shots taken in the past year.

In early 2018 I was fortunate enough to have ten of my street photographs featured in ExposedDC’s Crystal City Exhibit. These ten photos were hung on the wall as a photowalk through the city’s underground tunnels. The theme for the ten photos was isolation.

From that original series, I defined one of my approaches to street photography, creating a new modernist sense of isolation:

The current sense of alienation finds us alone in a crowd, both in the city and with social media. Our sense of self is exacerbated, a brilliant signal in a vast barren field of noise…  When we are in the world, surrounded by crowds (and that person taking an over-contrived selfie to add to the digital noise) we feel relief, but see ourselves as a unique signal in the noise. The rest of the world doesn’t even see us, just more noise. I [try] to capture the 21st century sense of self, surrounded by millions, yet alone.

With that in mind, this is a new series of Isolation photos taken in the past nine months. Click on the image for the story behind each photograph.