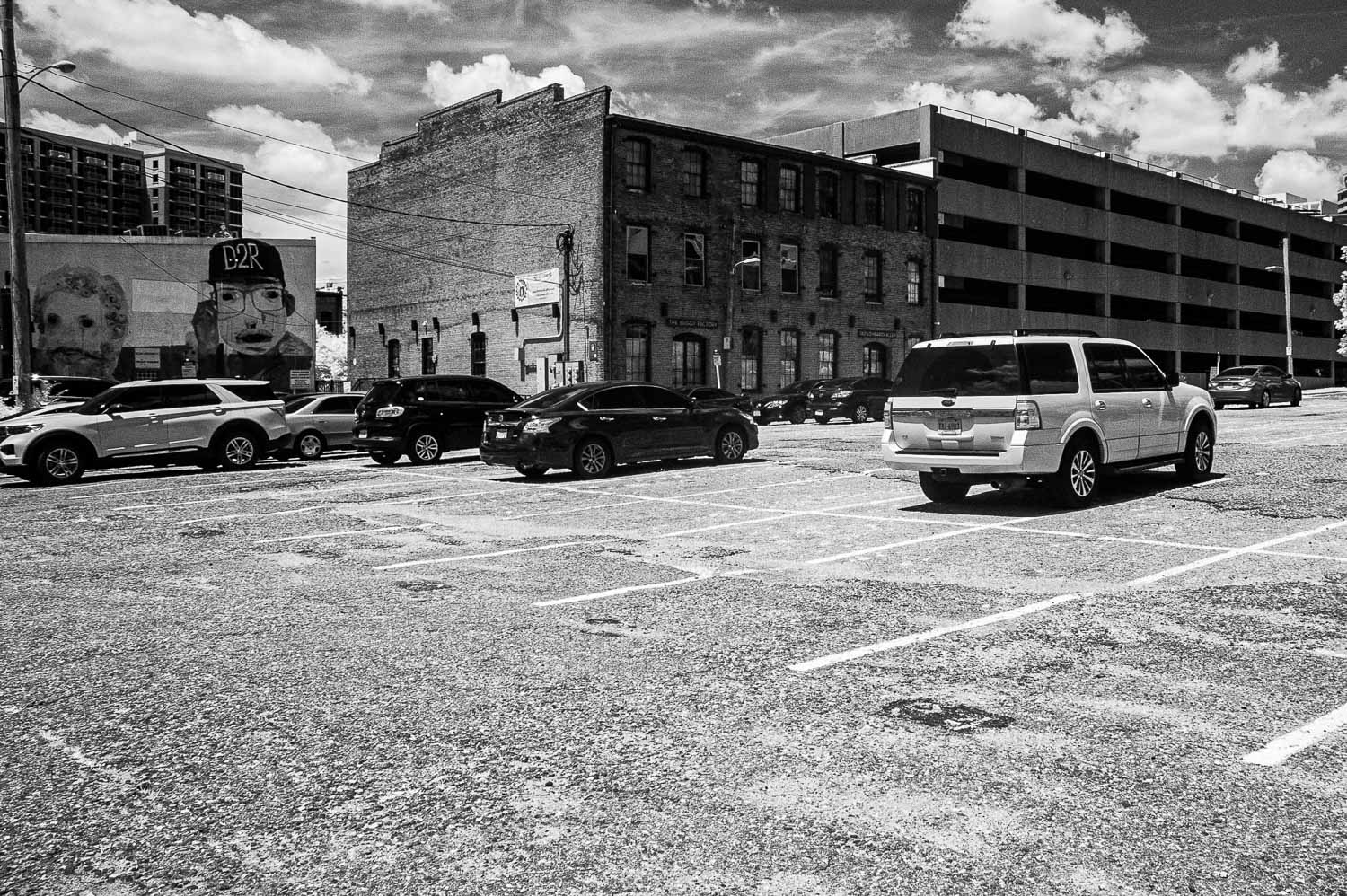 This parking lot at 15th St and east Main in Richmond, VA was cobble stone streets that led to large, fashionable, brick hotels — The St. Charles, Bell Tavern, the Exchange and Ballard hotels.

In those hotels, slave dealers had offices on the first floor and buyers rented rooms upstairs.  Public Auctions were held on the first floor and a red flag above the roof would alert the buying public of times for a slave auction.  Just across the street located in a muddy valley of a creek were over 50 slave “jails.”

It was the largest slave market North of New Orleans. In 1857 alone, the sale of slaves in Richmond amounted to $4 million which would be about $440 million today. In a brief biography of slave trader Hector Davis Davis’ business alone made more money than the value of all the flour shipped from Richmond in 1859. By the Civil War, the value of slaves in the South was triple to quadruple the value of all finished goods and services produced by the United States.  In 1861 alone, the city of Richmond realized $10,000 in revenue from the licensing and taxing of the slave trade. For the slave traders, the slave trade and generated exorbitant amounts of capital that was invested in northern industrialization and other investments. Source: Richmond Slave Trail

Trail of Tears
Scroll to top