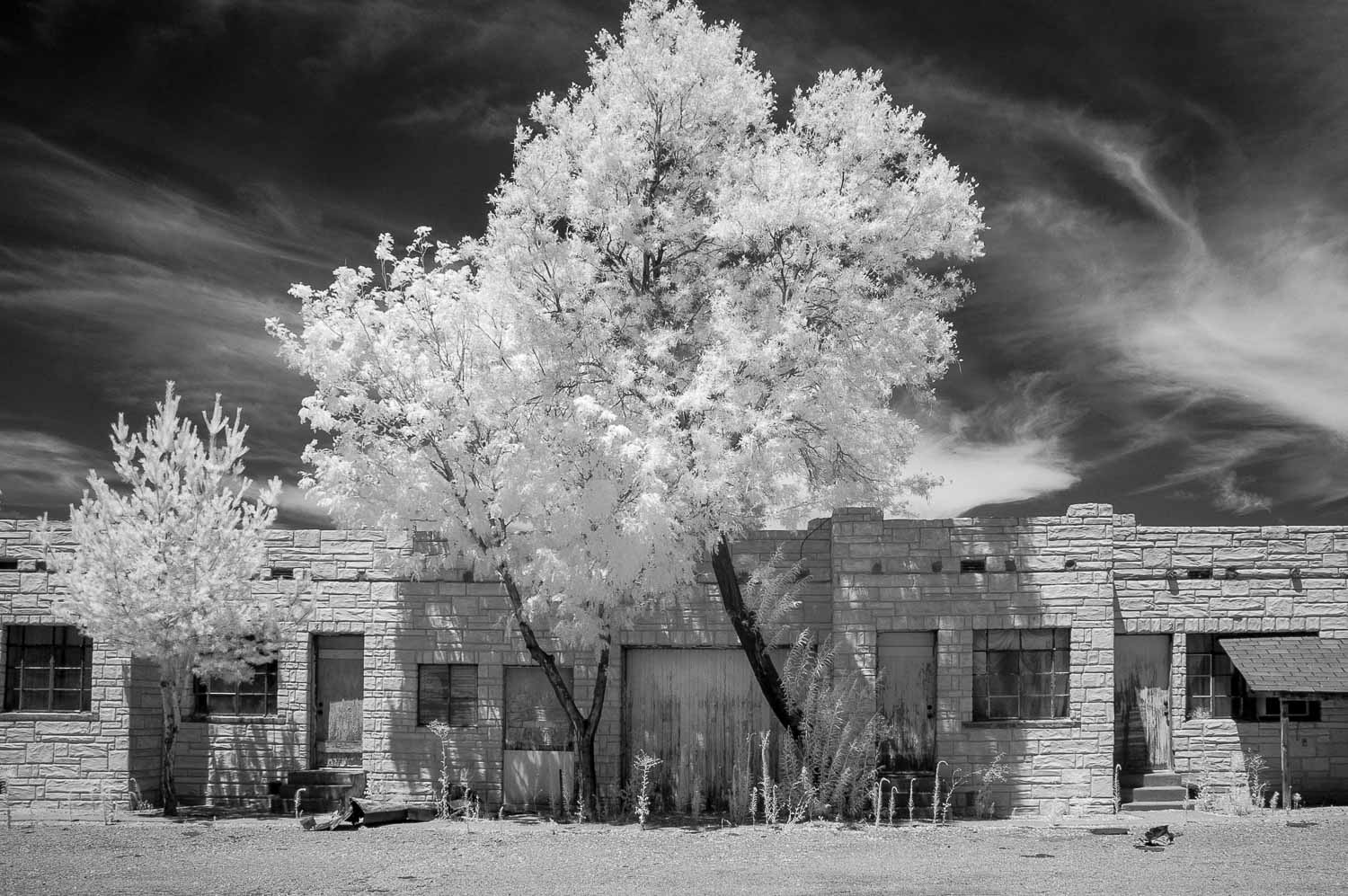 The Cactus Motel, Room and a Garage, Tucumcari, NM.

What is: the abandoned Cactus motor lodge room with a garage.

What was: The arrival of Route 66 in Tucumcari in the late 1920s brought automobile tourists and commerce. By the late 1940s motels, restaurants, shops and gas stations dominated the main part of Route 66 running through town. At one point the town advertised that it offered travelers over 2,200 rooms for overnight accommodations.

The Cactus Motor Lodge is representative of what was an upscale motel built along Route 66 in the mid 20th century. The motel was the first motel westbound travelers would find as they entered the town. It remained in continuous operation from 1941 until the 1990s.

I.E. and Edna Perry built the Cactus lodge in 1941. The original buildings were constructed in the Pueblo Revival Style and featured tile tub and shower baths, each with individual heating units, Car-by-door garages and free radios. The motel’s western theme played upon the regional culture — popular with tourists. The motel’s modern amenities revealed that it was more than a tourist court, but a motor lodge – a term connoting higher class of lodging. Its advertising noted that it was Duncan Hines and AAA Recommended.

The motel included three wings of units and a dance hall. Local myth says that people gambled in the basement of the Dance Hall and that it had a tunnel with an outside exit in case of a police raid.
In 1952, Norm Wegner purchased the motel. Wegner converted the dance hall to an office and added an artificial stone exterior that was considered a trendy way to update older buildings. He also added a swimming pool. Wegner and his wife lived on site and raised five children in their residence at the motel in the 1960s.

After Route 66 was decommissioned, the motel lost much of its business. It went through several different ownership changes and in the 1990s the motel units were closed. The courtyard was converted into an RV Park for a period of time