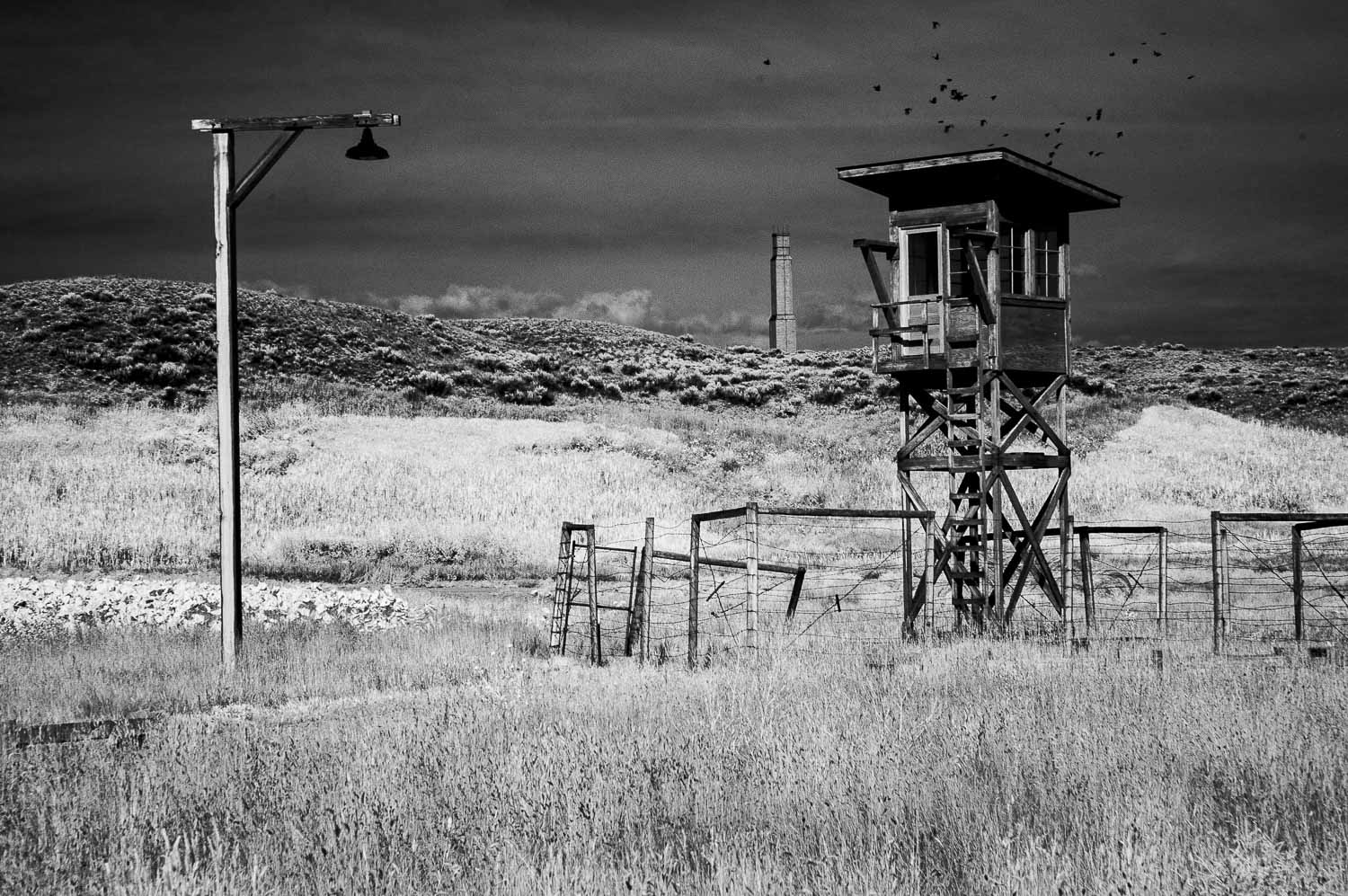 Guard Tower in the Mountains

The smokestack of the heating plant and an old guard tower are among the remains of the Heart Mountain internment camp. From 1942-1945, Heart Mountains was one of ten sites built  to confine 120,000 Japanese living in America and relocated from their homes, mostly on the West Coast.

The Heart Mountain facility housed about 10,000 people in 450 barracks, each containing six apartments. The largest apartments were simply single rooms measuring 24 feet by 20 feet. The units were  eventually outfitted with a pot bellied stove, none had bathrooms.  Internees used shared latrines. None of the apartments had kitchens. The residents ate their meals in mess halls. A highschool was built in 1943 for about 1500 students.

Local reactions to the internment ran the gamut from people believing this was the wrong thing to do to others believing the barracks and living conditions were too good for those interned. Today, there is an interpretive center on the site. 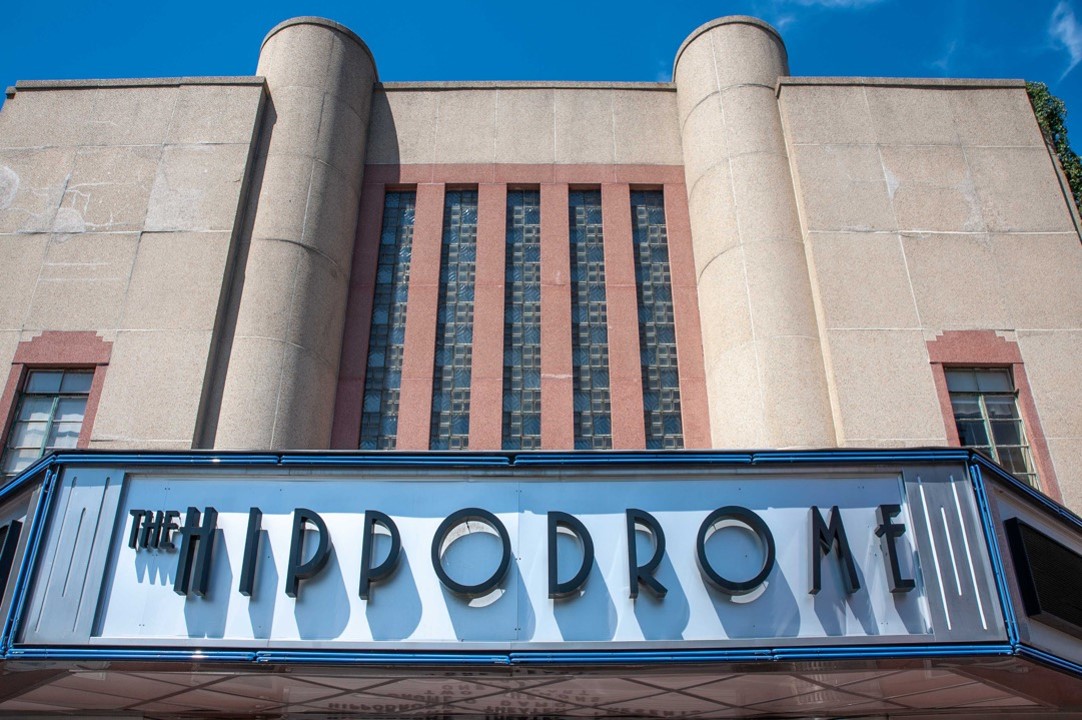 The Hippodrome opened in 1914 as a vaudeville and movie theatre.  Capacity 1,050. It is in Jackson Ward, the historical neighborhood which was the center of African American commerce and entertainment and referred to as “The Harlem of the South.”

After a fire in 1945, the theater was renovated and remodeled in an Art Deco style of architecture.  The updated theater included new features such as air conditioning and the latest technical equipment. The elaborate reopening ceremony attracted an impressive crowd of 2,500 individuals.

Throughout its life span it went through various ownership changes and fell on tough times in the 1970s.  The current owner, Ronald Stallings, fully renovated the building in 2011 and notes that the Hippodrome was a place where African Americans gathered in good and tough times.