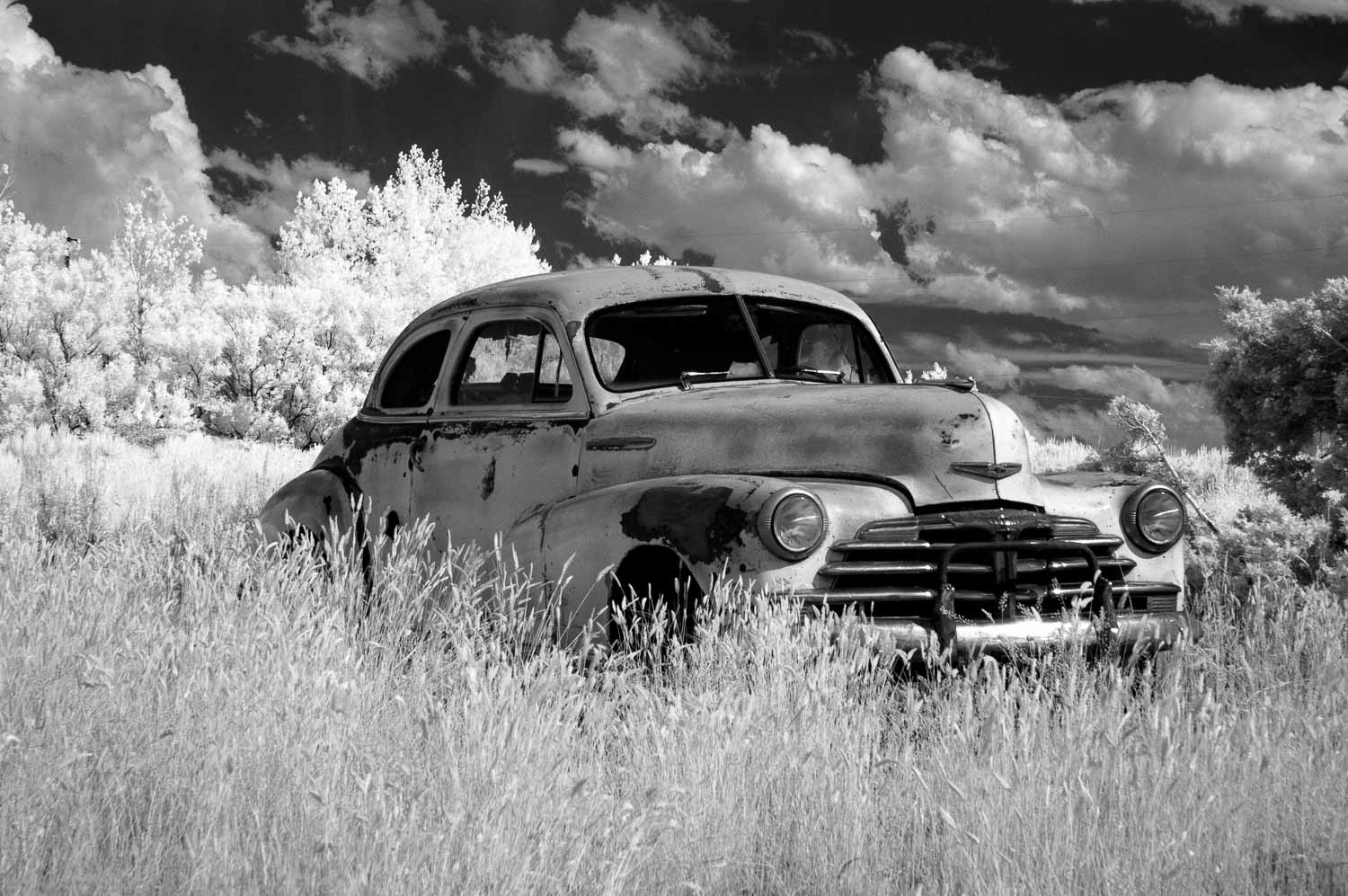 What is: 1945ish Chevrolet sitting by itself at the side of the road in the foothills of the Rocky Mountains.

What was: After World War II, car manufacturing growth was significant. In 1946 Chevrolet produced 398,028 cars. By 1950 they manufactured 1,498,590 vehicles. By 1965 Ford and Chevrolet, the top two companies, would each produce more than 2 million vehicles a year. That pace continued until the 1970s. By the 1990s car production declined into the hundreds of thousands of vehicles annually.

Throughout the mid 1900s the automobile was a boom to economic growth both directly and indirectly — the steel industry and machine tool makers flourished delivering the ever-increasing supplies and components for the engines, chassis and other fixtures of the cars. The industry was the source of innovation, including power steering, disk breaking and power windows.

The auto industry, prodded by Unions, also served as the 20th-century trailblazer fostering middle-class security through higher wages and company-sponsored benefits. As more people bought and operated vehicles, it became the essential mode of transportation and delivery.  It also drove further economic development, such as: tourism, insurance, advertising, gas stations, the petroleum industry, the construction of highways, the trucking industry and ultimately, fostering the creation and construction of suburbia.