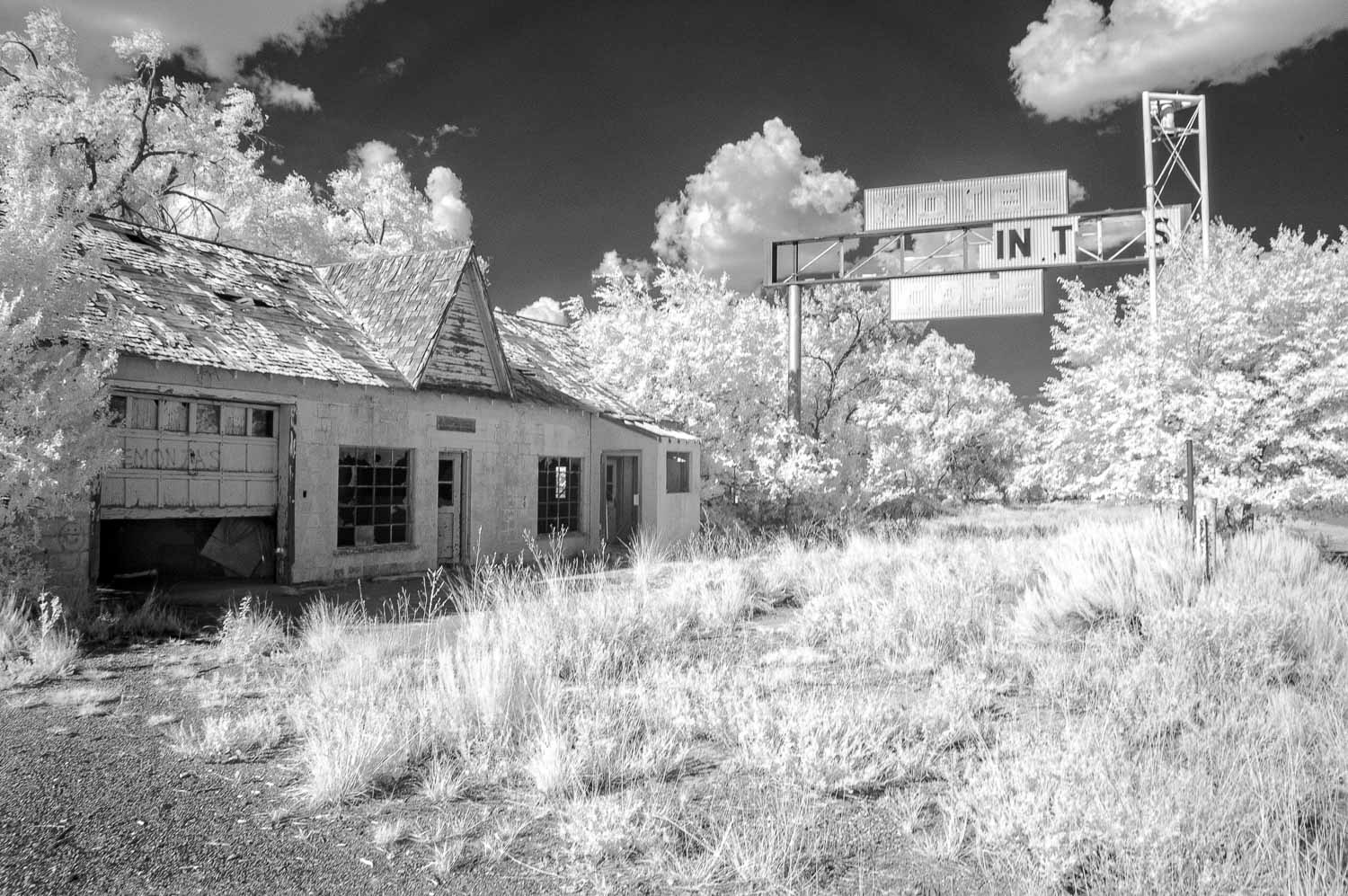 Last In, First In, Glenrio, TX

Last In. First in, Glenrio, TX.

What is: Glenrio ghost town straddles the New Mexico-Texas border. This motel and cafe had a sign facing each direction…it was either the first in texas, or the last depending on the travels along Route 66. The old Route 66 roadbed runs through the Glenrio Historic District which was listed on the National Register of Historic Places in 2007.

What was: In 1901 the railway came through this area of texas/New mexico and the small town of Glenrio was born. The train arrived on the Texas side of the town. The post office was established on the New Mexico side. The Texas side was in a dry county. The gasoline taxes were cheaper on the New mexico side. By 1905 the area was opened up to small farmers. By 1920, Glenrio had a hotel, a hardware store, and a land office, as well as several grocery stores, service stations, and cafes. By 1940 the population of the town was 30 people.