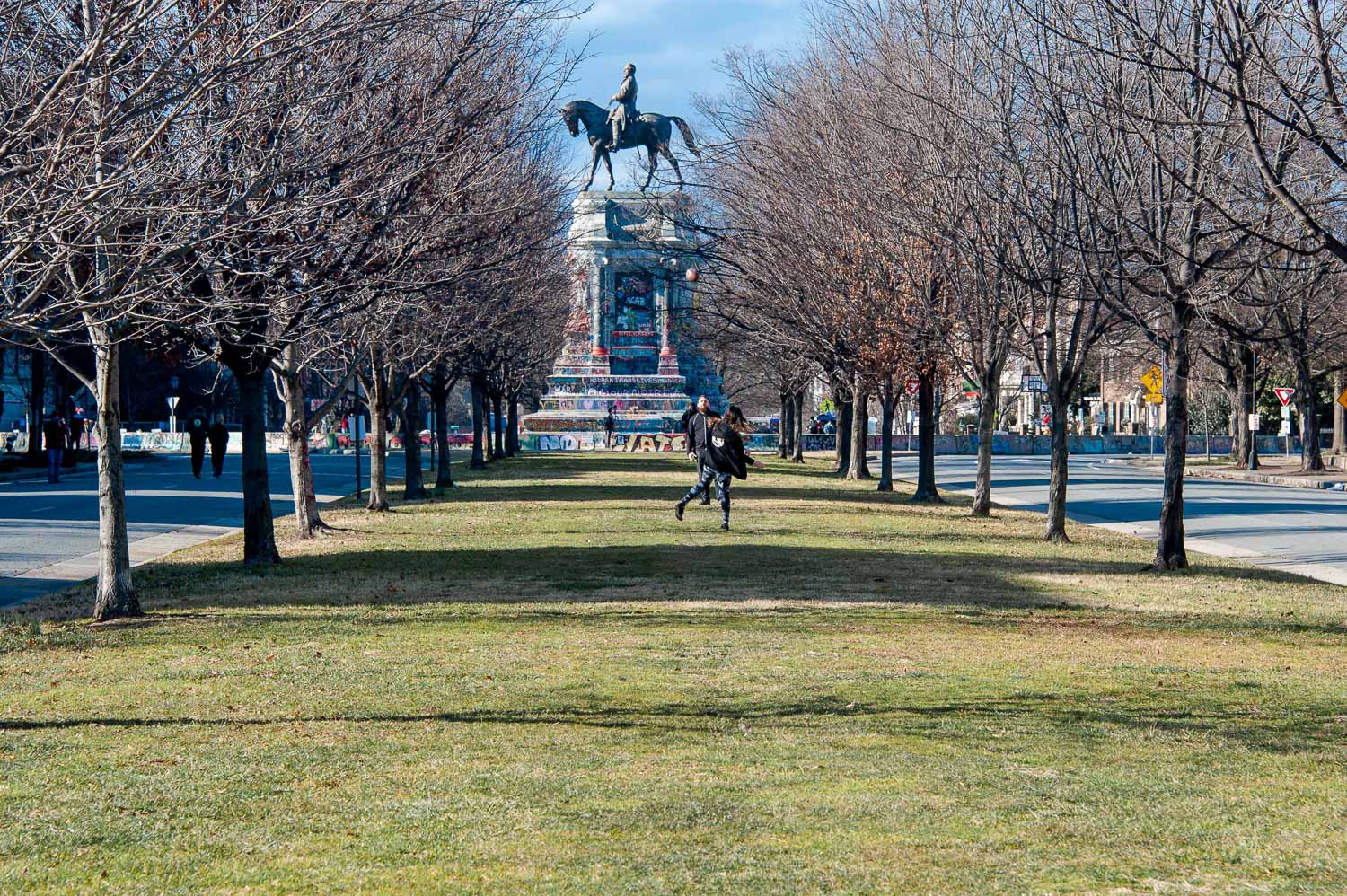 Monument Avenue was designated a National Historic Landmark in 1997. 100 years earlier, 150,000 people gathered here to unveil this monument to General Lee, the  confederate general idolized as a hero and representative of the “real” power of the old south.  This statue would be joined by several others, including the President of the Confederacy over the next few years.

Monument Ave. is a testament to The Lost Cause, a pseudo historical ideology that advocates and glorifies the confederacy as both just and heroic.  The advocates of the Lost Cause are why confederate monuments exist all over the United States and it also impacted school teachings in the south.

More than just a tribute to heroes of the confederacy, Monument Avenue was also whites-only real estate development that included wide boulevards, parallel rows of trees and stately homes.

With the Black Lives Matter Protests this summer the State and City are removing the statues.  The Lee monument removal is currently tied up in court.  The New York Times has named it the number one example of protest art.