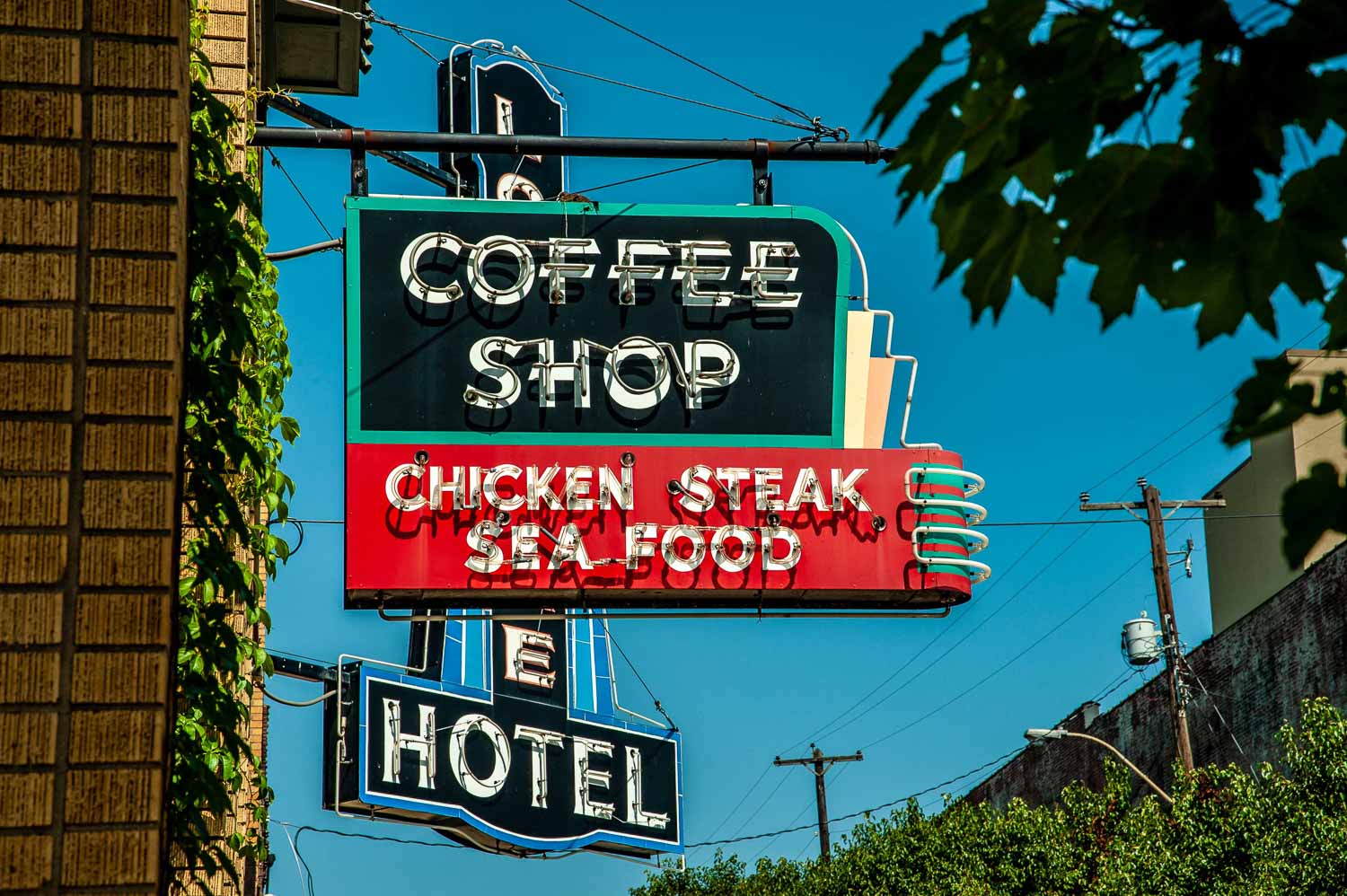 Coffee Shop at the Lorraine Hotel

Originally, this was a whites only hotel in Memphis.  In 1945, Walter and Loree Bailey bought it and renamed in the Lorrain Hotel.  They would add a kitchen, an extension, a drive up check in and pool, making it a motel.  It is where Martin Luther King was assassinated.  Today it is the National Civil Rights Museum.

The restaurant was added because in the era of segregation, Black travelers couldn’t just eat anywhere.  Since the motel was listed in “The Negro Motorist Green Book,” the kitchen ensured travelers had a place to both eat and sleep. The Baileys welcomed black and white guests, served home-cooked meals, and offered an upscale environment.  By the 1960s the Lorraine was not just for travelers and vacationers.  It was a hub for the African American community, a place for business meetings and weddings. Negro League baseball players and the Harlem Globetrotters spent time at the motel.

It was a vibrant place and music legends like Cab Calloway and Count Basie, along with musicians associated with Stax Records – the studio down the street considered the birthplace of soul music – used the Lorraine as a creative oasis of sorts. Ray Charles, Aretha Franklin, Otis Redding, Wilson Pickett and Eddie Floyd are just a few who stayed here.  The songs “In the Midnight Hour” and  “Knock on Wood” were written at the motel.

Isaac Hayes reminisced, “We’d go down to the Lorraine Motel and we’d lay by the pool and Mrs. Bailey would bring us fried chicken and we’d eat ice cream. . . We’d just frolic until the sun goes down and [then] we’d go back to work” at Stax Records.