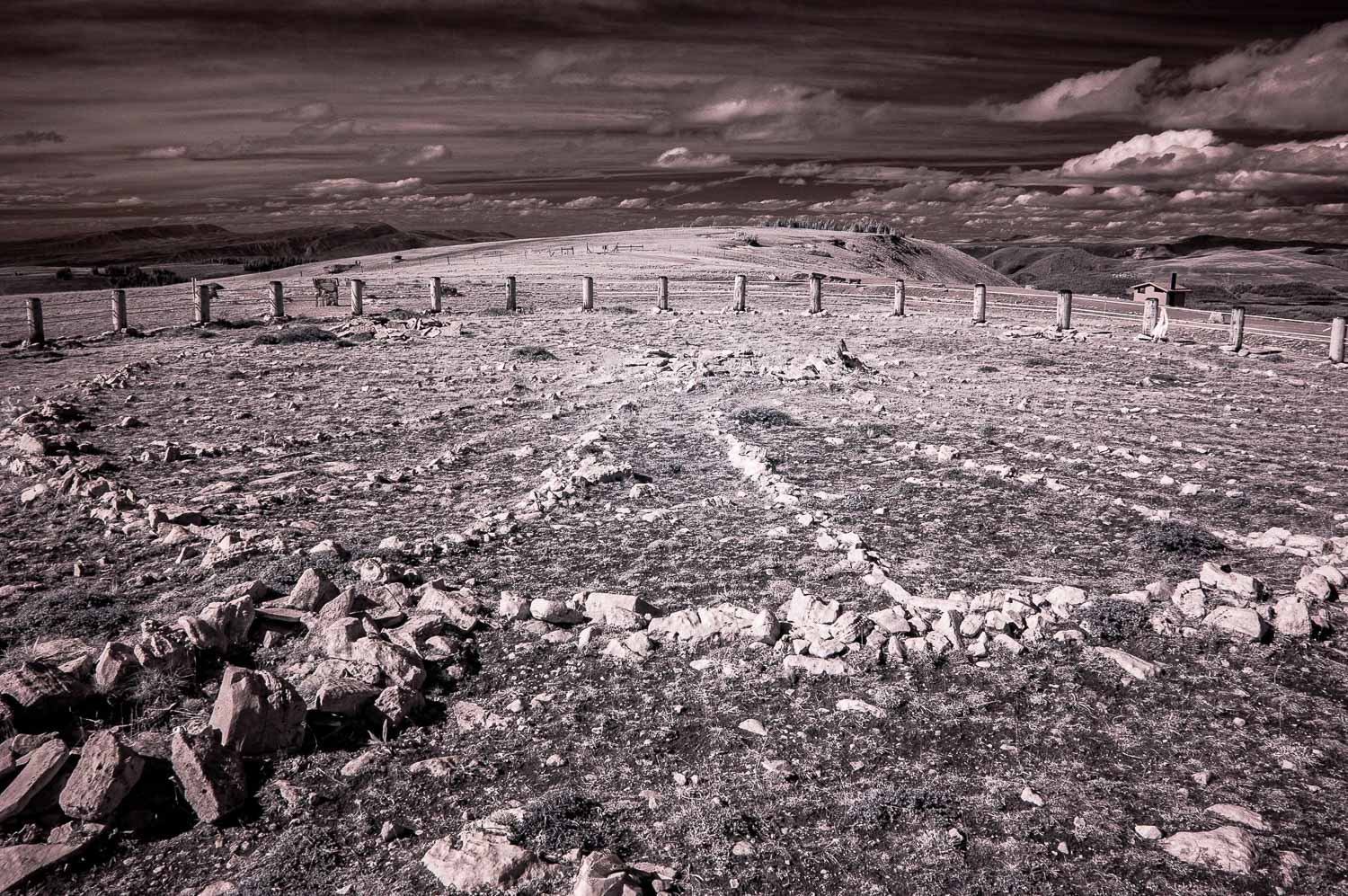 The Medicine Wheel sits atop the the Bighorn Mountain Range in Wyoming, at a desolate 9,642 feet high and only reachable during the warm summer months. It is thought to have served to predict the positions of the Sun and other bright stars in the sky around the summer solstice. The star alignments are most accurate for around 1200 AD.

It was constructed by Plains Indians between 300-800 years ago.  It has been used and maintained by various groups since then.

The central cairn is the oldest part, with excavations showing it extends below the wheel and has been buried by wind-blown dust. It may have supported a central pole.   With an 80′ diameter wheel-like pattern made of stones. At the center of the circle is a doughnut-shaped pile of stones, a cairn, connected to the rim by 28 spoke-like lines of stones. 28 is sacred to some tribes because of its association with lunar cycles. Six more stone cairns are arranged around the circle, most large enough to hold a sitting human. The central cairn is about 12 feet in diameter and 2′ high.  Oddly enough, this configuration is not unique to this wheel. Hundreds of similar stone wheels exist throughout North America.