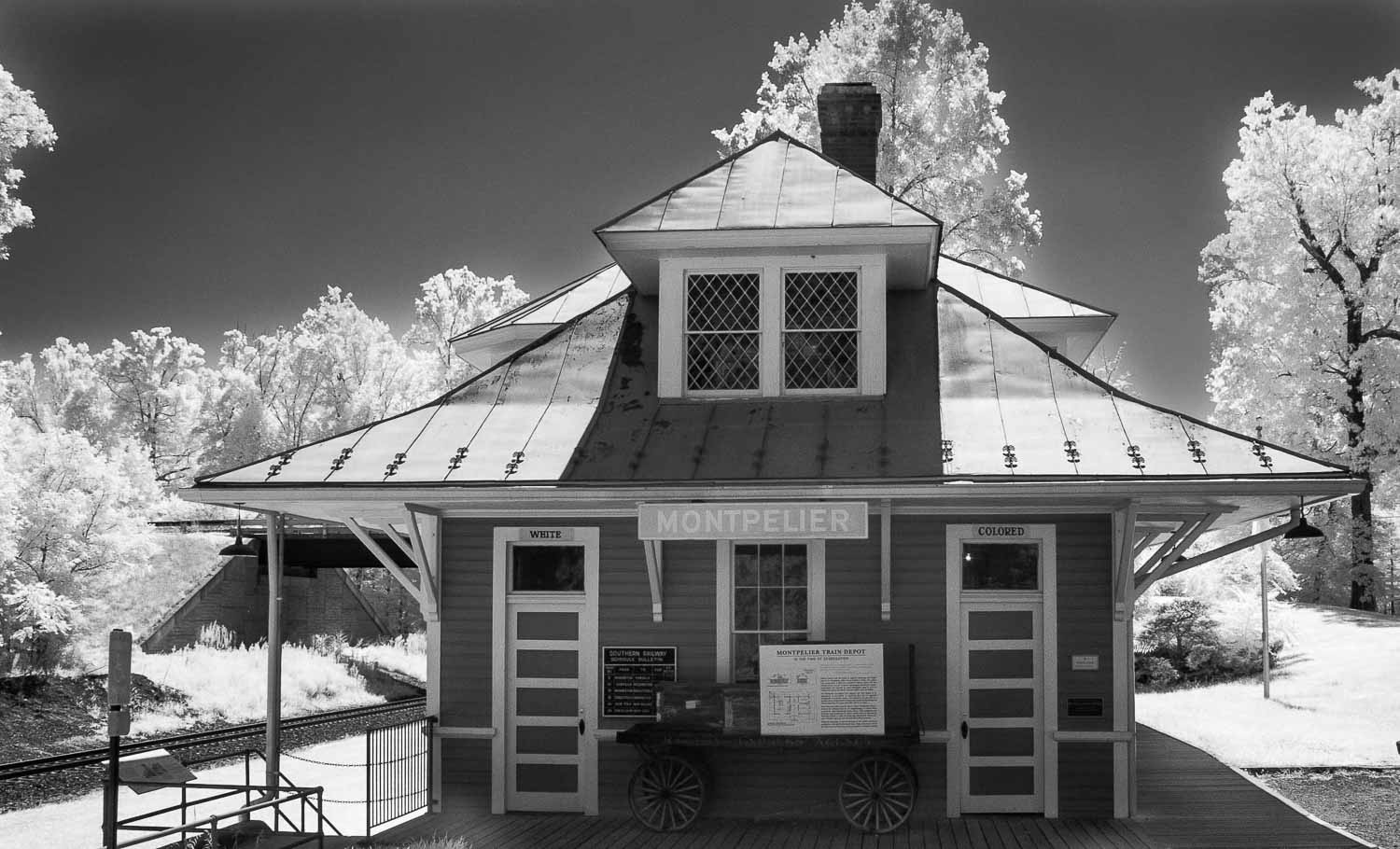 Montpelier is home to the 4th President of the United States, James Madison-widely considered the architect of the constitution.  Before the estate was taken over by the National Trust for Historic Preservation in 1984, it was owned by members of the DuPont family.

The train station was built by William duPont, Sr. to enable his travel to Delaware for work and to provide passenger and freight service to Montpelier estate.  All railway stations in the early 1900s were built off standard plans that called for separate waiting rooms for black and white passengers  — as required by racial segregation laws that were in force in Virginia and across the South from the 1890s until the 1960s.

With input from the local black community the station and an original freed mans cabin down the road were restored to the 1910 era.  The Station is a small museum showcasing segregated life.

Guard Tower in the Mountains
Scroll to top