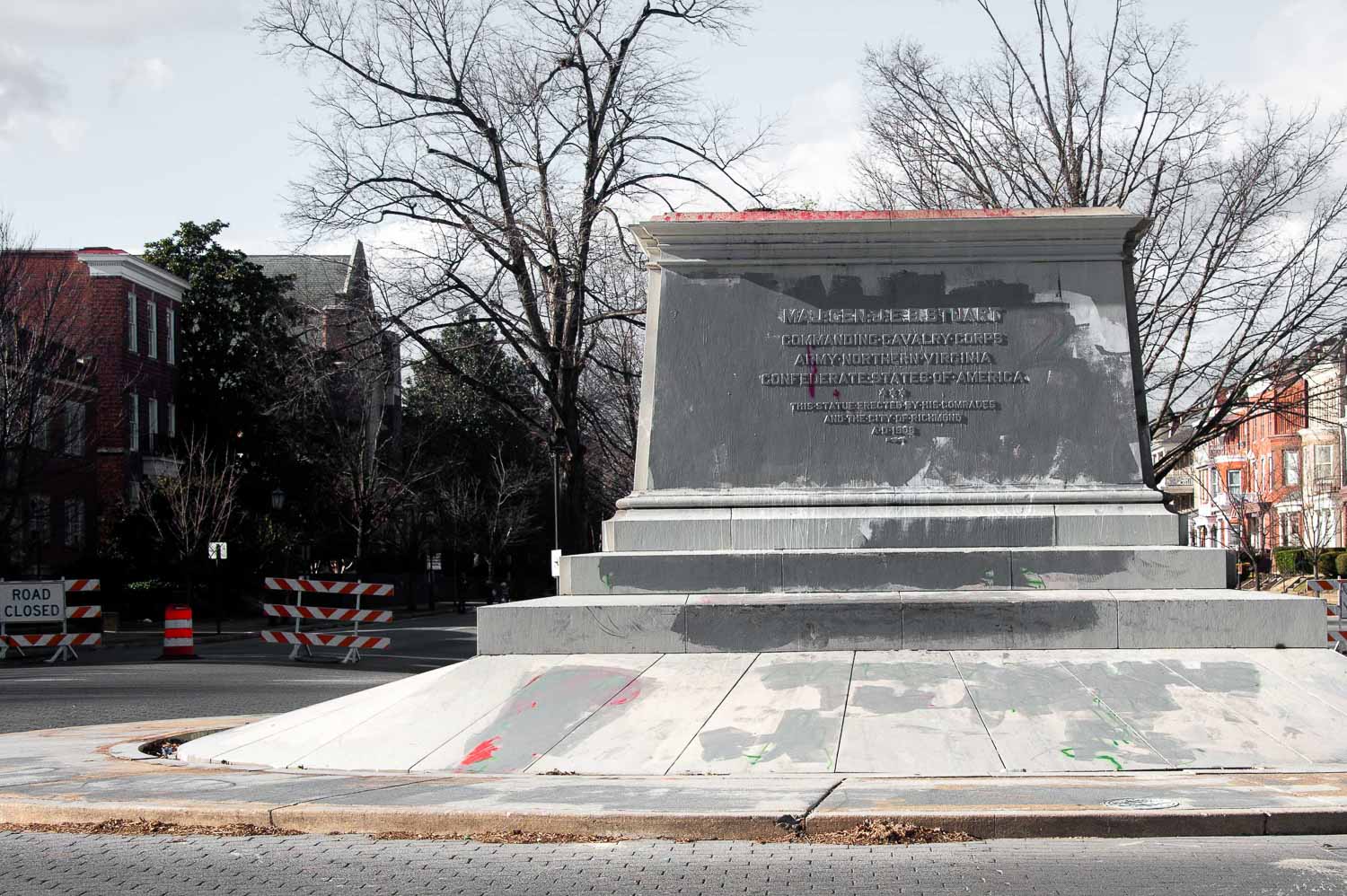 An empty granite pedestal remains as the equestrian statue of confederate General Stuart was removed from its pedestal and placed into storage on July 7, 2020 in response to protests against police brutality and racism.  It stood there for 113 years.

The Stuart monument was the second monument unveiled on Monument Avenue, in 1907. Stuart was commander of the Cavalry Corps of Robert E. Lee’s Army of Northern Virginia.  At the unveiling it is estimated that the crowds attending numbered between 80,000 and 200,000, including 18,000 confederate veterans who camped out for the week.

It is among the statues that were part of the Lost Cause – a movement that sought to ensure future generations of Southern whites would know about the South’s “true” reasons for fighting the war, and therefore continue to support white supremacist policies, such as Jim Crow laws. In that regard, white supremacy is a central feature of the Lost Cause narrative even though it is covered up by “states’ rights” and protecting the “southern way of life”

Artist Kehinde Wiley’s “Rumors of War” statue takes its inspiration from this statue, in which a young African American  is dressed in urban streetwear on a horse.