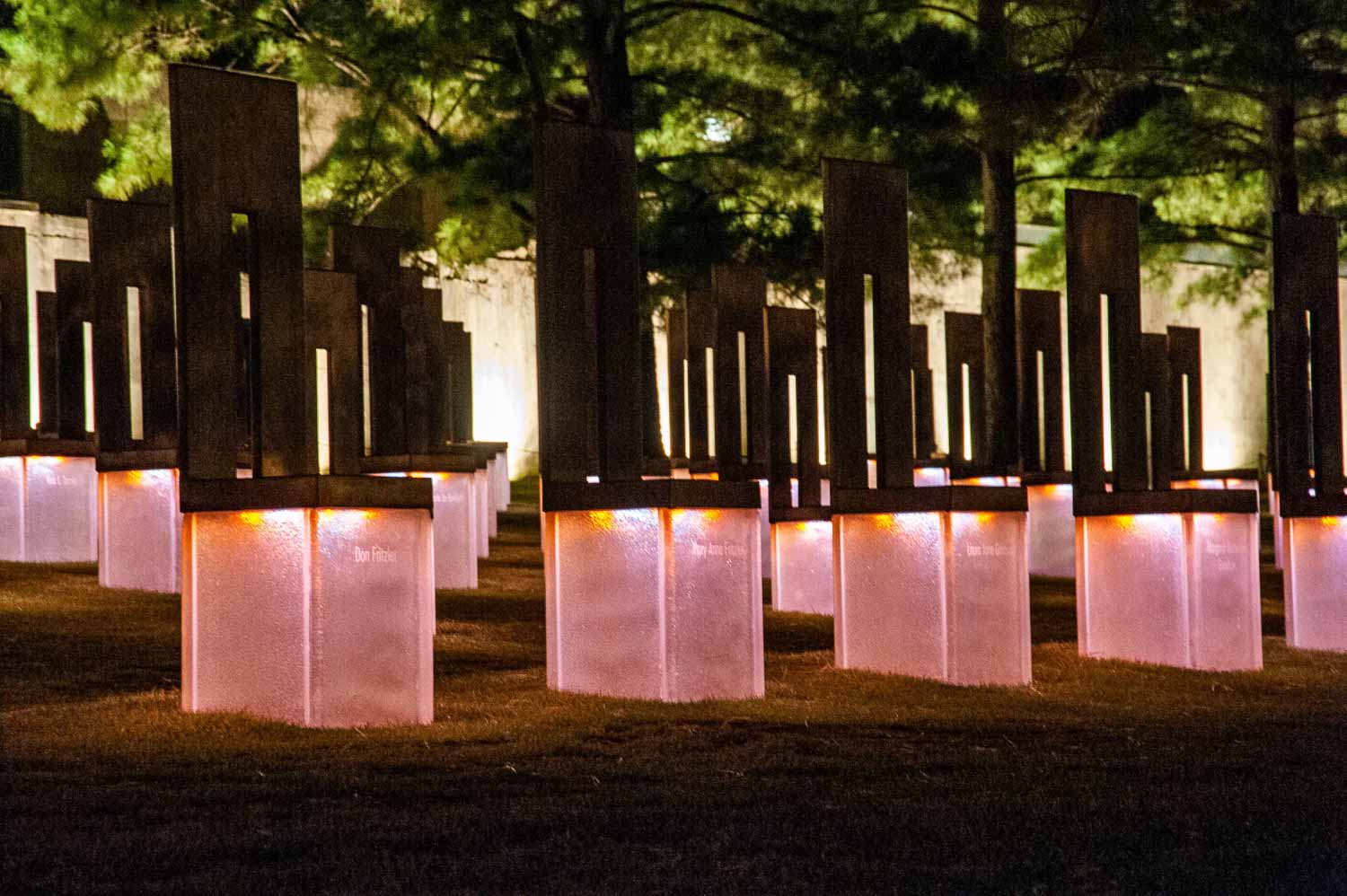 A perfectly manicured lawn, gently lit “chairs” with the names, one for each  of the 168 people, including 19 children, who were killed when domestic terrorists parked a truck bomb in the Alfred P. Murrah Federal Building. Small chairs for the children.

On April 19, 1995, at 9:02 am the bombing of the Federal office building killed 168 people, injured more than 680 others and destroyed one third of the building. The blast destroyed or damaged 324 other buildings within a 16-block radius, shattered glass in 258 nearby buildings, and destroyed or burned 86 cars, causing an estimated $652 million worth of damage.

Until the September 11 attacks in 2001, the Oklahoma City bombing was the deadliest terrorist attack in the history of the United States.  It remains the deadliest incident of domestic terrorism in the country’s history.

The  official investigation, known as “OKBOMB”, saw FBI agents conduct 28,000 interviews, amass 3.5 short tons (3,200 kg) of evidence, and collect nearly one billion pieces of information. The bombers were tried and convicted in 1997.