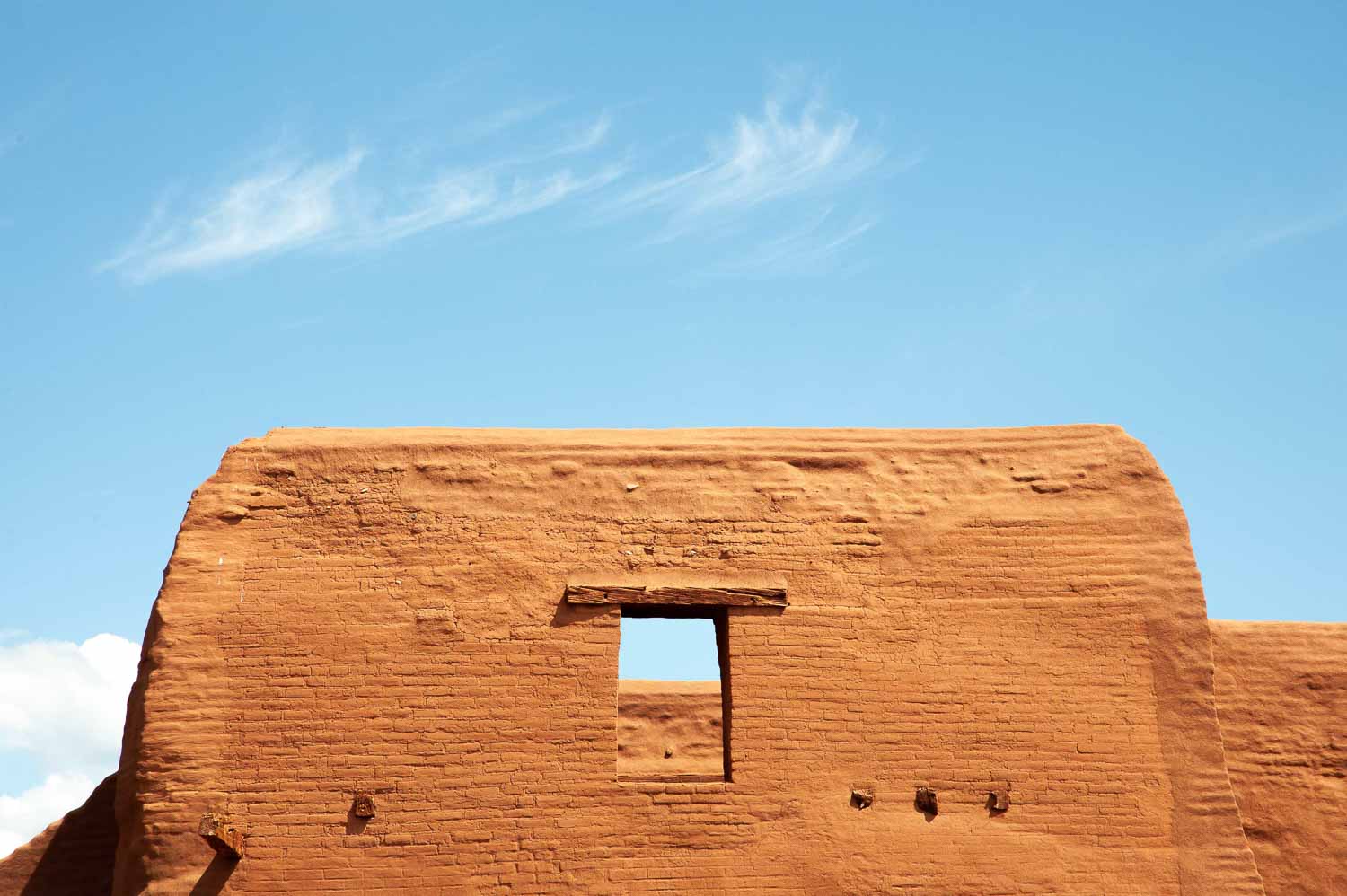 The Pecos Mission circa 1717, as restored from archaeological ruins

Humans inhabited the Pecos Valley for 1200 years.  The Pecos was one of the largest and most powerful pueblos.

In the early 1600s the Spanish established churches.  The Spanish arrival brought sweeping changes impacting the lives of the Pecos people.  Spaniards actively tried to eradicate every aspect of the ancestral pueblo life.  In August of 1680, the Pueblos revolted, driving the Spaniards out.  They destroyed the church.

By 1690s the Spanish returned and by the early 1700s there was a new church built.  By the 1780s disease, raids and drought decimated the population.

From 1821 to 1880, the area was a major trade route between Missouri and Santa Fe