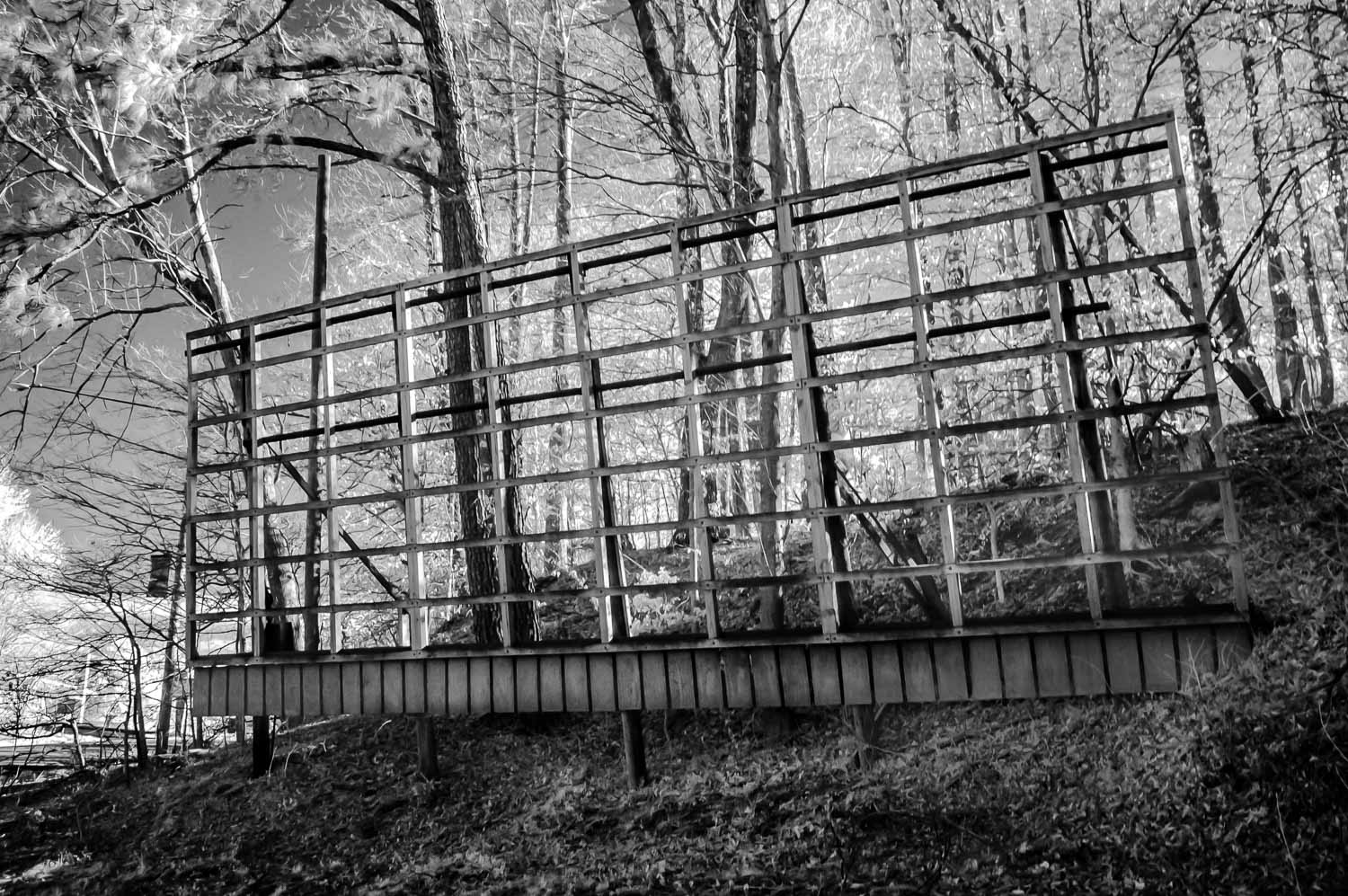 What is: the wooden skeleton of an old billboard along Route301/1 — the main north- south highway running through the south Atlantic states. It has been replaced by Interstate 95.

What was: The large format poster first appeared in America as a circus poster in NYC in 1835, although merchants had used large posters on fences previously. The first recorded leasing of an outdoor billboard is 1867.

By the early 1900s, large advertisers such as Palmolive, Kellogg, and Coca-Cola began mass-producing billboards as part of a national marketing efforts. It was the popularity of automobiles that really contributed to the growth of the outdoor advertising industry.  Billboards were often drivers’ primary method of finding lodging, food, and fuel on unfamiliar highways — they have been important for drawing business into small towns.

Since drivers passed them by relatively quickly the Billboard usually includes few words, large print, bold image and often something to grab attention. Some were painted. Others involved affixing a poster-like image to the sign.

There were approximately 450,000 billboards on US highways in 1991. Current numbers estimate there are 368,263, according to the Outdoor Advertising Association of America.

In 1965, as a result of the over-proliferation of signage along highways, the Highway Beautification Act established regulations on their use