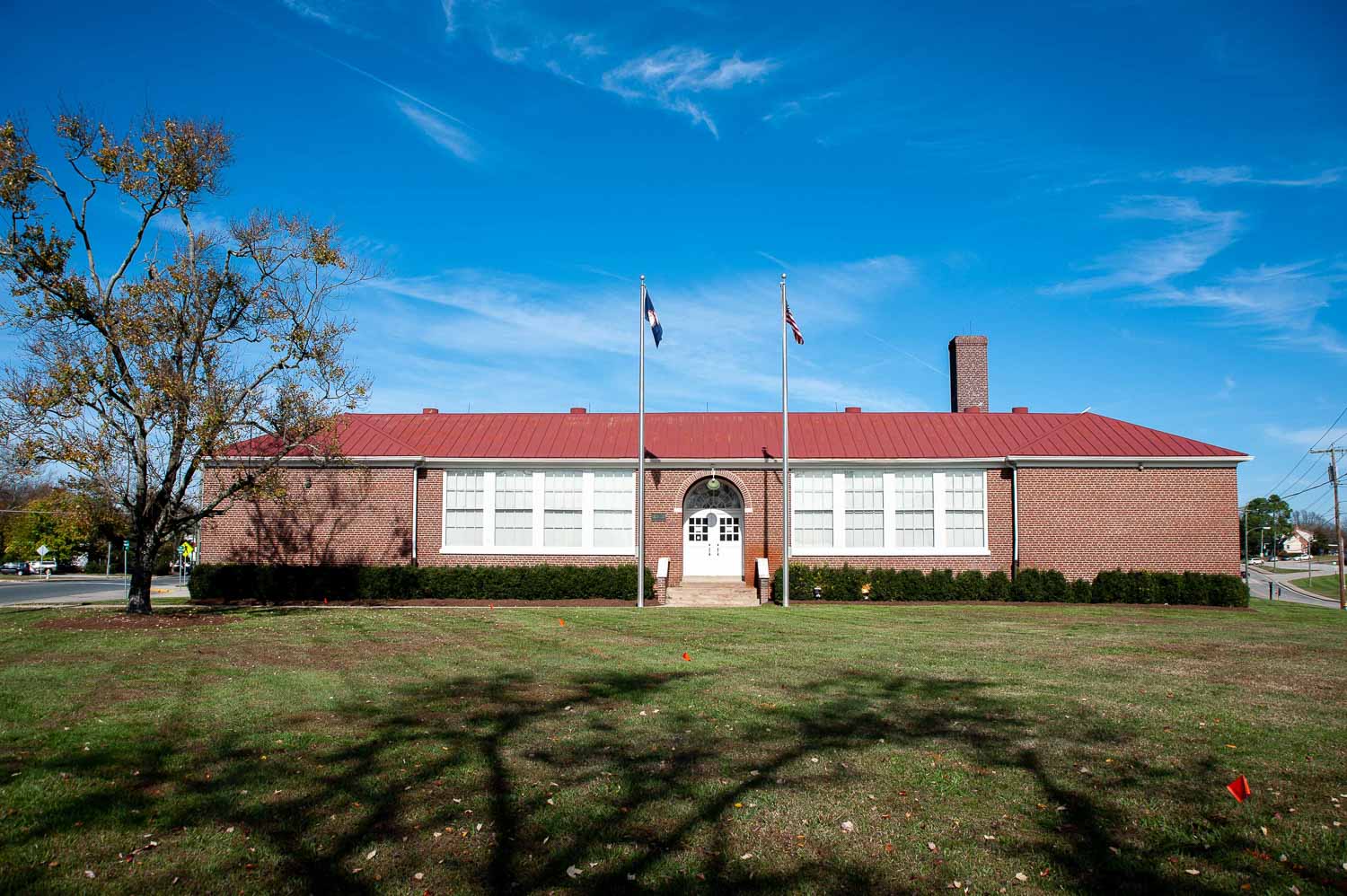 This was the first high school for black students in Prince Edward County, VA.  It was built on this site in 1939, for 180 students. By 1950, there were 400 high school students and unlike the school for white kids it had no gymnasium, no cafeteria, no science laboratories, and no athletic field.  Tar  paper shacks had been added to handle the growth — they had no plumbing and only wood stoves

In 1951, a 16 yo high school student ,Barbara Johns, organized a student assembly and then protest at the county offices calling for equal school conditions.  The county refused.  This became the only “student initiated” case that was part of the Brown v the Board of Education at the Supreme Court.

The county closed all public schools after the Brown versus the Board of Education decision in order to avoid integration.  The closure lasted 5 years.

Today it is part of the Civil Rights trail and a museum to student activism.

Guard Tower in the Mountains