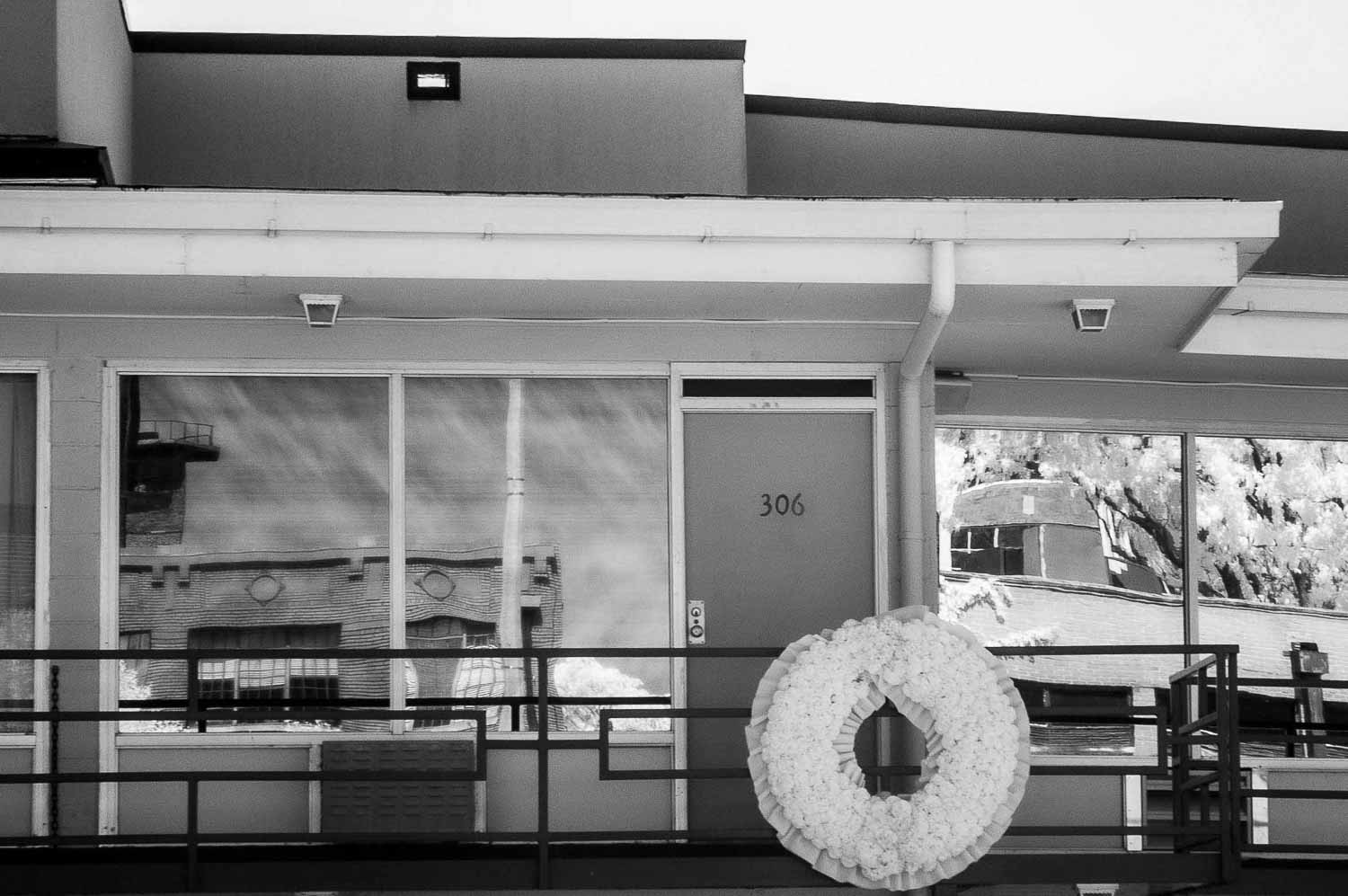 Martin Luther King, Jr. was the Lorraine Motel’s most famous guest. He stayed at the motel numerous times while visiting Memphis.  In the spring of 1968, he came to Memphis to support a strike by 1300 sanitation workers. Their grievances included unfair working conditions and poor pay.

On April 4, 1968, he stepped out of Room 306 and talked to friends in the parking lot below.  As King turned to walk back into his room, a bullet struck him in the neck, taking his life instantly.

Loree Bailey suffered a stroke when she heard the shot fired. She died on April 9th, the same day as King’s funeral.

Mr Bailey continued to run the motel but never rented out room 306 again.  By the 1980s Mr. Bailey declared bankruptcy. The motel had gone from glamour to  brothel.  The “Save the Lorraine” organization saved it from being sold at auction and destroyed.

The motel is now the home of the National Civil Rights Museum and as you exit, you walk through a small corridor where visitors can gaze into Room 306 –just as it was on April 4, 1968.

This place housed joy and made heros.  It is also a place of deep pain.

Take the bus
Scroll to top