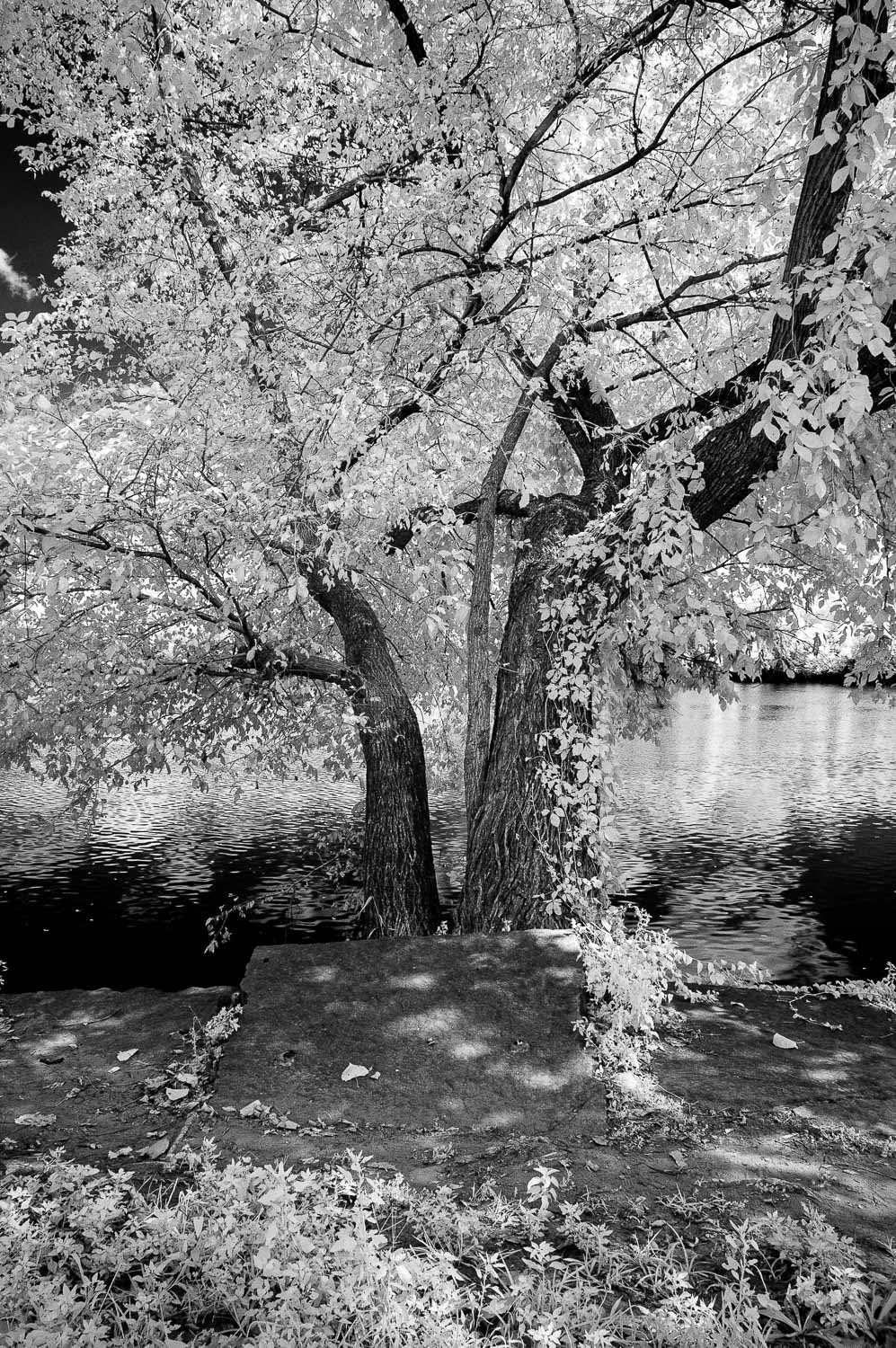 The cut stone are the remains of the docks in Manchester, now a part of Richmond.  Likely until about 1775 some enslaved people from Africa and the Caribbean were transported via ship to this dock.  They were then handcuffed and with iron staples and bolts and short chains , they walked along the James River 2 miles to the slave markets in downtown.

In 1778 Virginia outlawed the international importation of slaves which led to this dock and the downtown slave markets becoming a primary location for “downriver” slave trade –selling of slaves from the tobacco farms in the Virginia/Maryland areas to the cotton and sugarcane plantations in the south. Given Richmond’s prominent industrial position and its site as the east coast’s most inland port, between 1830 and 1860 the city became the largest exporter of domestic slaves outside of New Orleans.