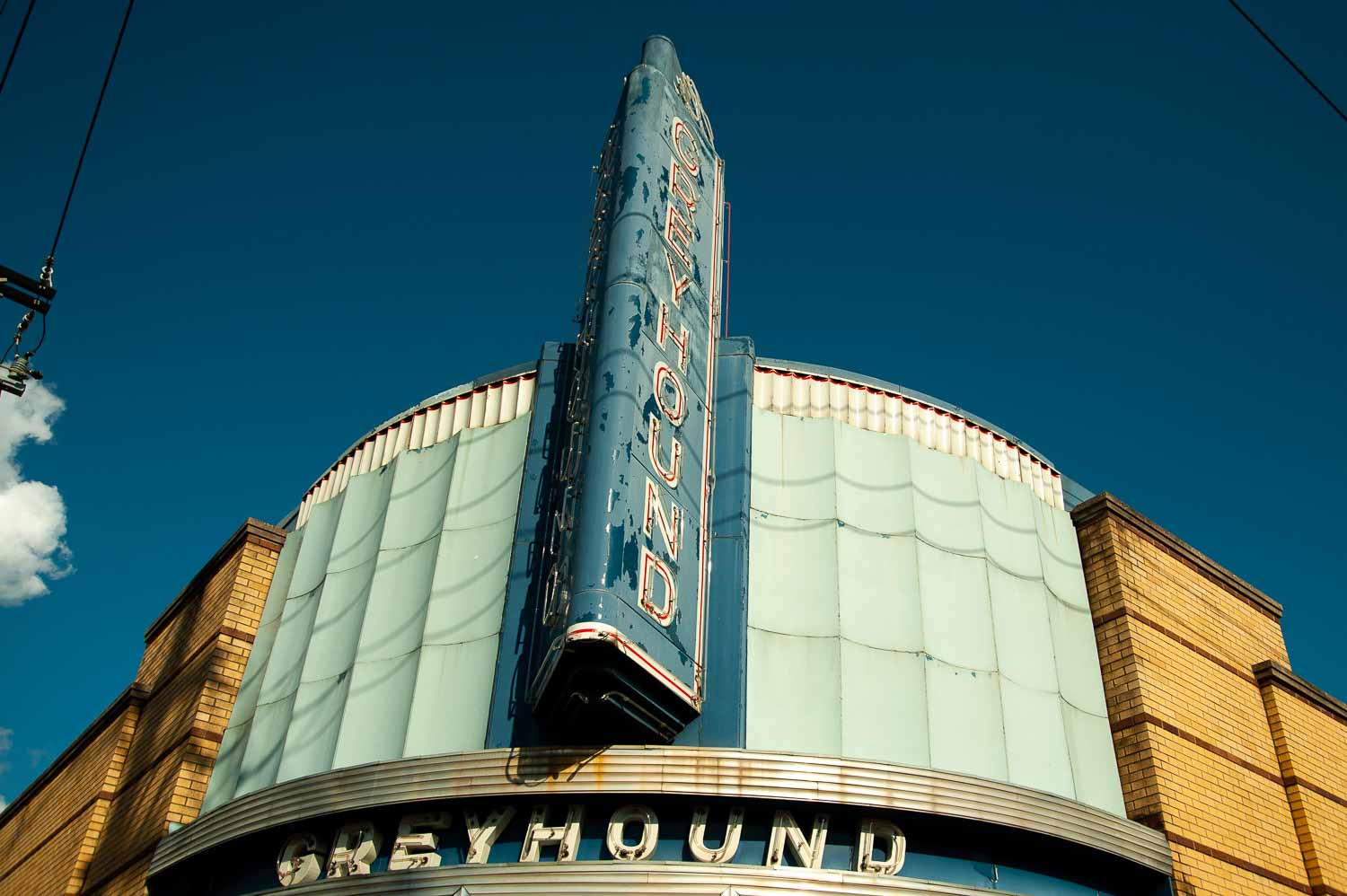 Art Deco design from 1936.  The streamline era in Greyhound architecture extended from 1937-1948.

In the fall of 1961, Pigee and Idessa Johnson, another member of the NAACP Clarksdale branch, walked into the whites-only section of the Clarksdale Greyhound Bus Terminal. It was a personal goal for Pigee to desegregate the bus terminal.  On entering the terminal, the women did not find resistance, and Pigee asked for a round-trip ticket from Cincinnati, Ohio, to Clarksdale and for an express bus schedule. The transaction took place without incident.

When returning from school she used the white side of the lobby without incident.  However, going back to school and using the whites only side of the lobby four policemen entered the white waiting room where she sat with her mother and a family friend. Harassing them with a barrage of questions, the officers threatened arrest.  Pigee reported this to the NAACP….In December 1961 all the segregation signs had disappeared from the Clarksdale bus terminal and the Clarksdale train station. Police had voluntarily removed the signs after the Justice Department informed the city that it faced a lawsuit.