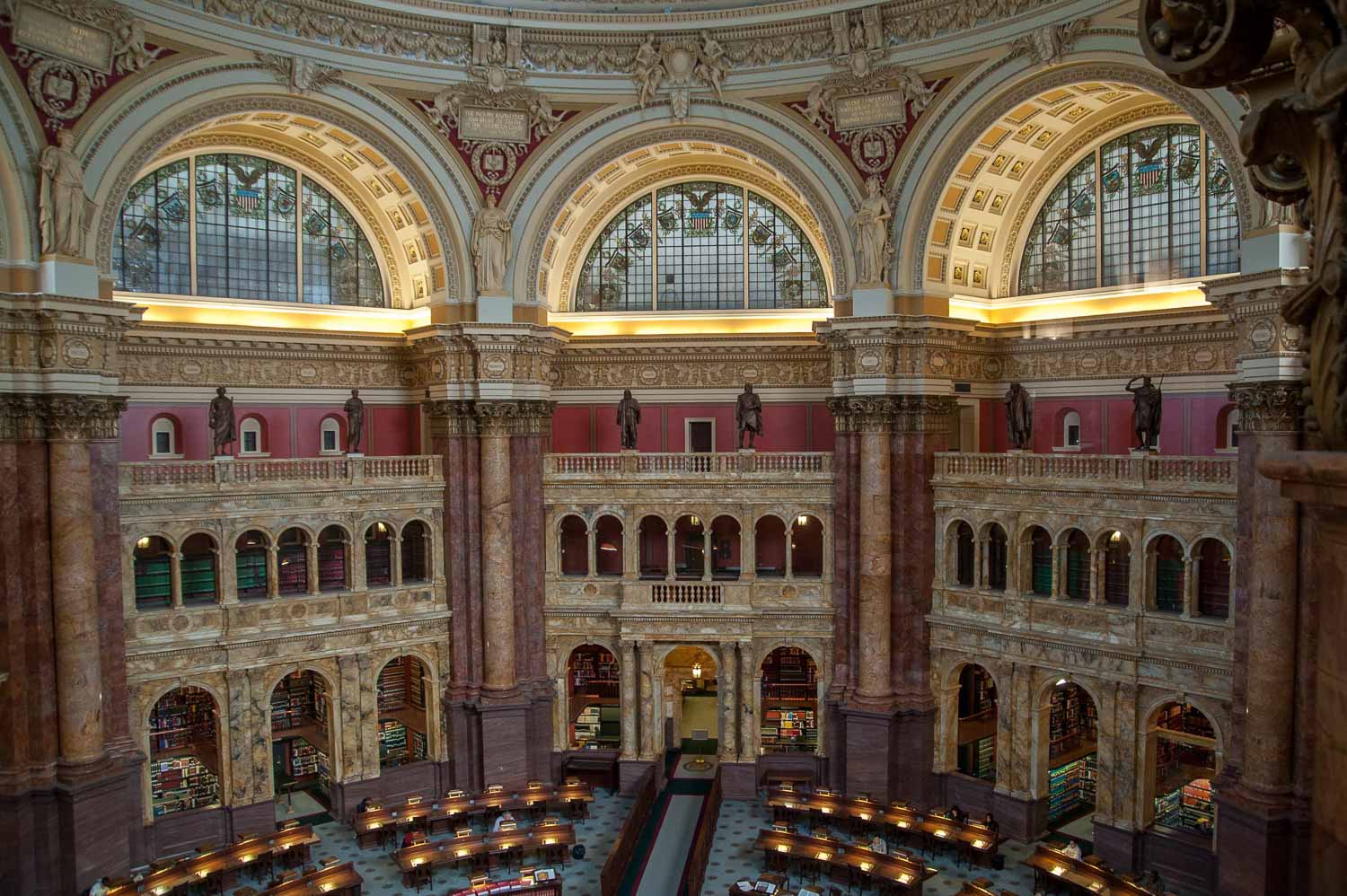 The Library of Congress, Knowledge for Democracy

A place for research and rational thought, rather than wild eyed crazy conspiracy theories.

James Madison is credited with the idea of creating a national library for the people and their representatives.  Madison once stated “knowledge would forever govern ignorance”

The Library was shaped primarily by the philosophy and ideas of its principal founder, Thomas Jefferson, who believed that a democratic legislature needed information and ideas in all subjects to do its work.  Its very underpinning was the belief that information and knowledge are essential in a democracy–for legislators and citizens alike.

Atop the large marble columns are statues representing eight categories of knowledge, each considered symbolic of civilized life and thought. Their titles are inscribed in gilt letters on a tablet in the frieze below them. The symbolic statues are: Philosophy, Art, History, Commerce, Religion, Science, Law and Poetry (seen here, left to right, are Poetry, Art, Philosophy ).   Sixteen bronze statues set along the balustrade of the galleries represent men renowned for their accomplishments in the categories of knowledge and activity described above. The seals of the states of the union at the time the Jefferson Building was constructed are contained in the massive semicircular stained-glass windows that surround the Main Reading Room.