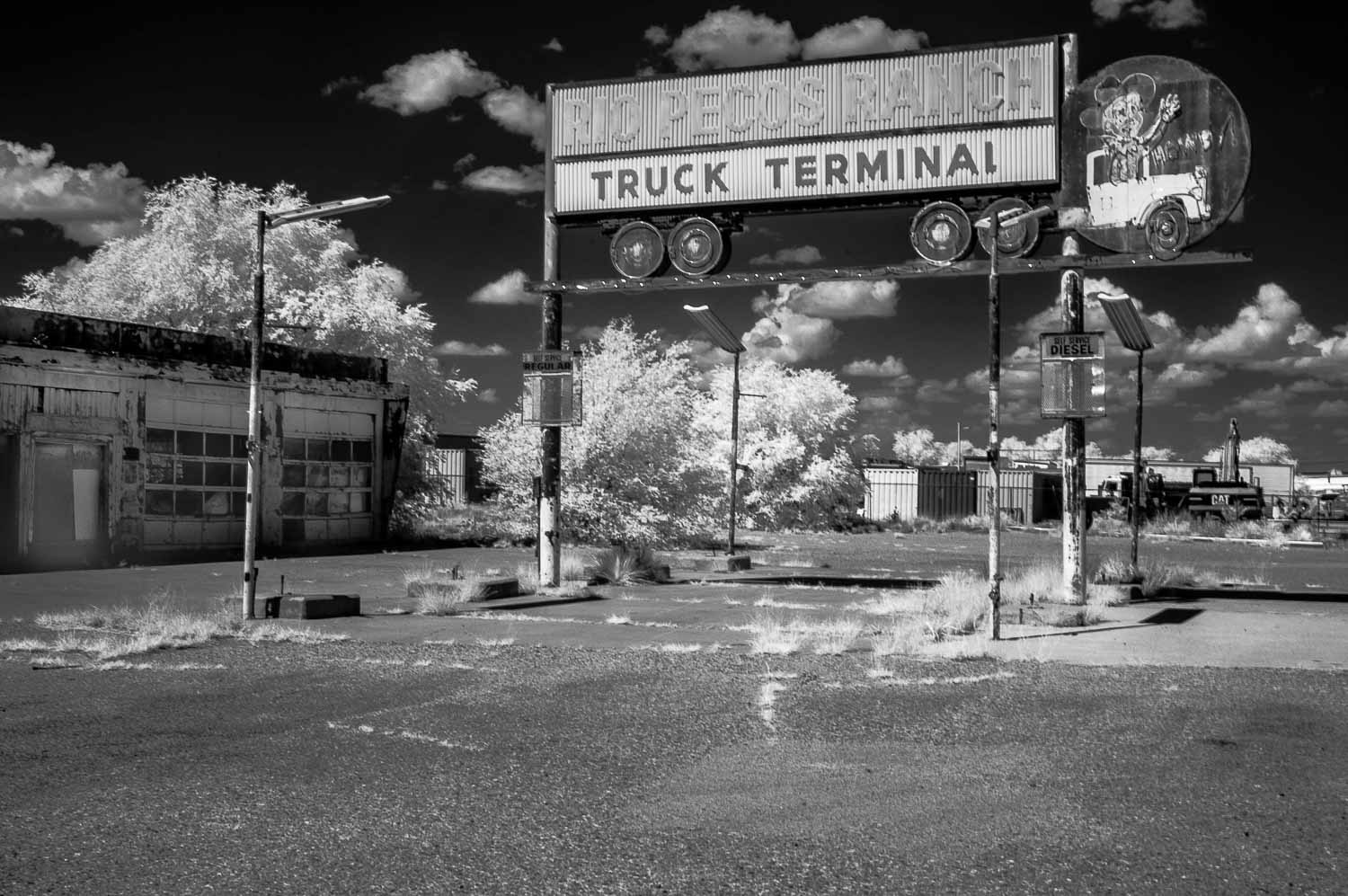 What is: Not just a truck stop but a terminal.  With “Self serve Diesel” displays but no pumps…the lights are still there and so is the sign. The garage remains too…but not the diner.

What was: The truck terminal dated back to the heyday of Route 66 in the early 1960s, maybe as early as 1955. The neon wheels, the cowboy truck driver, and his animated hand waved during its heyday. It was one of seven truck stops and five cafes originally built and operated by Bessie (Rogers) Boren and husband Ira Lionel Boren of the Fort Sumner-based Rio Pecos Oil Company.“We had it from 1963 to 1969,” Martinez said. “We were doing a hell of a business at that truck stop.” The business declined from other truck-stop competition and the coming of Interstate 40, It closed by the late 1970s or early 1980s. Since then, it has become a growing eyesore to the city because it drew vandals and homeless squatters. The city tried to buy the sign…the owner wanted too much for it.