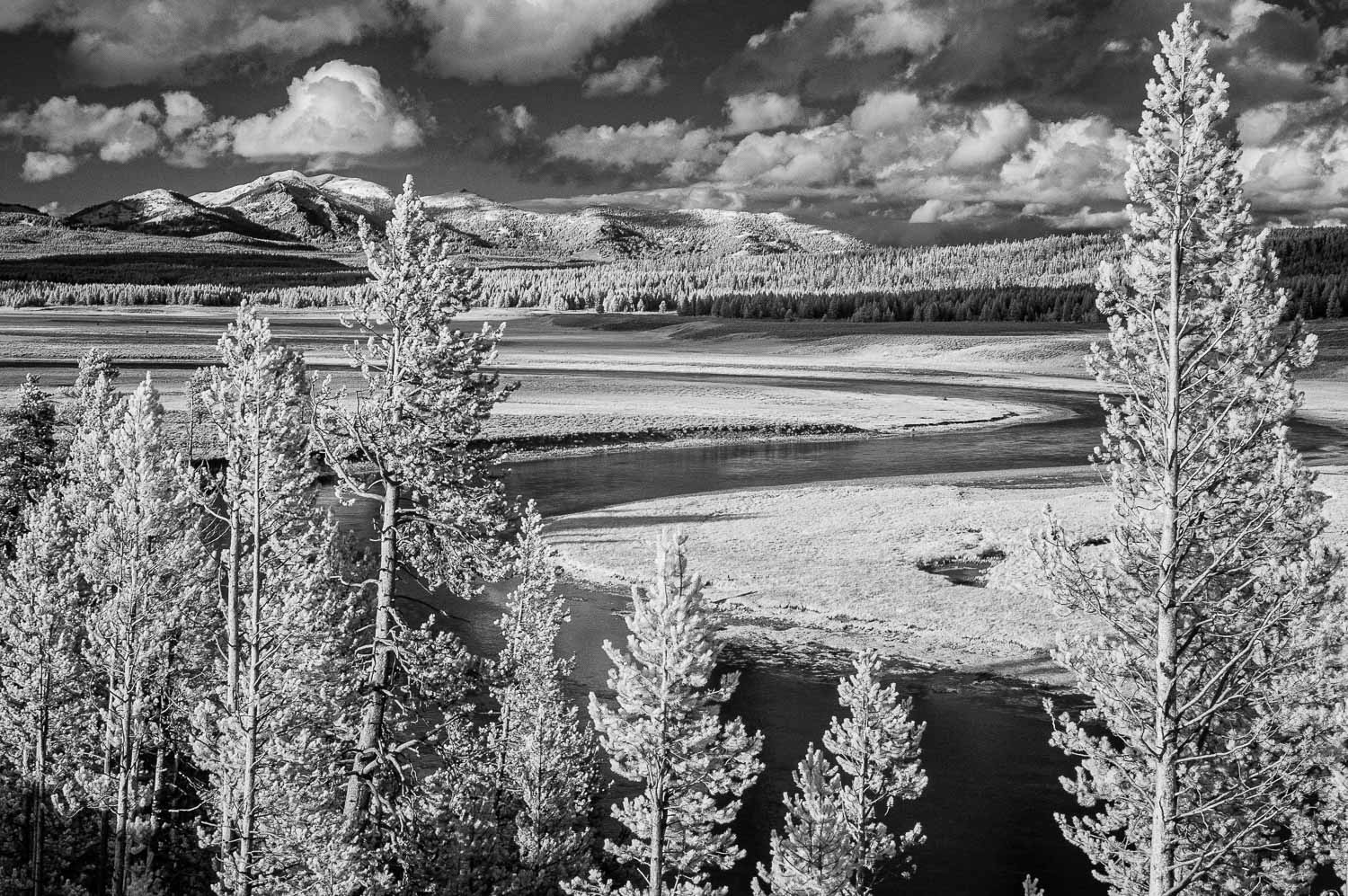 Near this location is what is known as Nez Perce Ford which is where Chief Joseph’s Nez Perce tribe crossed the Yellowstone River on August 25, 1877.   In June 1877, several bands of the Nez Perce, numbering about 750 men, women, and children resisted relocation from their native lands on the Wallowa River in northeast Oregon to a reservation in west-central Idaho.  They decided to escape to the east through Idaho, Montana and Wyoming over the Rocky Mountains into the Great Plains, at one point in Montana believing if they went North to Canada they could reach safety.

By late August, the Nez Perce had travelled hundreds of miles and fought several battles in which they defeated or held off the U.S. army forces pursuing them. In getting through what is today’s Yellowstone National Park, the Nez Perce had about 200 fighting men and were up against America army units totaling 2,000 soldiers plus hundreds of Indian scouts. The Nez Perce Indian chiefs attempted to restrain their young men from taking revenge on White non-combatants, but not always with success.

The Nez Perce War was extensively reported in the nation’s press and their leader Chief Joseph became something of a national hero and a military genius in the eyes of many in the American public as he continually outwitted and embarrassed the American Troops.

In 1902, Major Hiram M. Chittenden, U.S. Army Corps of Engineers, Yellowstone’s chief road builder embarked on a campaign to mark all the historic spots in the park from the 1877 Nez Perce war. By 1904, signs marked the locations of all the key encounters during the Nez Perce flight through the park. By the 1930s, the signs were all gone.